Items related to The Leek Club 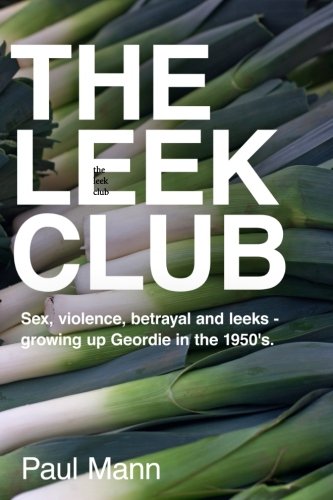 A boozy, brawling and bawdy tale of life in a northeast coal mining town when coal was king and a prize leek was the key to a fortune.

Paul Mann was born in the northeast of England, the only son of a police constable and a nurse. After a career as an itinerant journalist working in several different countries he settled in smalltown Maine. He is the author of several techno-thrillers, including 'The Britannia Contract,' and the George Sansi murder mystery series set in India, including 'Season Of The Monsoon.' After a 15 year digression he has resumed writing and has two new books on Kindle, 'The Witch's Code,' his first foray into supernatural mystery writing, and 'The Leek Club' a semi-autobiographical novel about growing up in the coalfields of East Northumberland.

Buy Used
Daily dispatch from the UK. Learn more about this copy