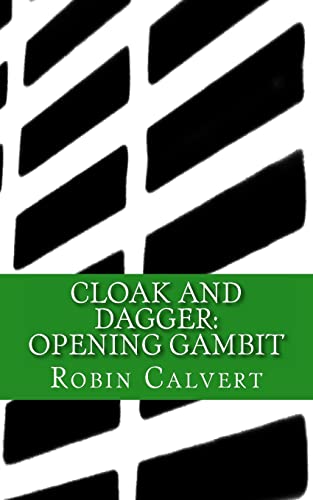 Fantasy spy thriller set in London, the French Riveira, Iraq and Madrid. Ryan Vanguard: An American soldier turned bounty hunter "The Combatant..". Alexander Dramascus: A British actor who plays his jewel-thief role "The Masquerader" for real... are coerced into using their talents for a secret intelligence agency v mastercriminals and global terrorists...

Robin's monologue for the BBC's WORLD CUP TAPES (2006) was selected for the Five Live/Writersroom websites. In 2011 Robin graduated from the University of Central Lancashire in Preston with a first-class Bachelor Arts Degree in Film/Television Screenwriting. CLOAK AND DAGGER: OPENING GAMBIT - the first in a series of escapist spy thrillers - is published on Create Space (hard copy) & Amazon Kindle (download). For more information visit www.robincalvert.co.uk