Items related to The Saint In New York 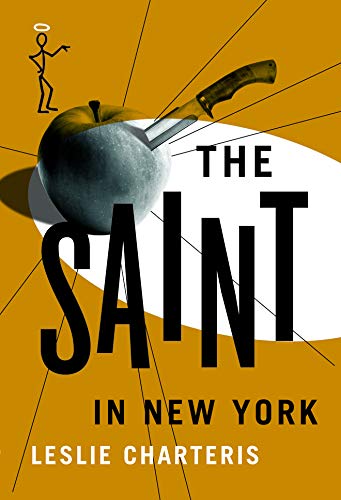 Simon Templar is the Saint-daring, dazzling, and just a little disreputable. On the side of the law, but standing outside it, he dispenses his own brand of justice one criminal at a time. In Prohibition-era New York, criminals rule the city: the gangsters do what they like, and pay the judges for the privilege; the few honest cops are helpless; and above them all the Big Fellow pulls the strings. With that many sinners, cleaning up the town will take a Saint...Simon Templar is a long way from home, and facing great danger from directions both expected and entirely unforeseen. But he promised to do the job; and a saint never goes back on his word. Leslie Charteris was born in Singapore and moved to England in 1919. He left Cambridge University early when his first novel was accepted for publication. He wrote novels about the Saint throughout his life, becoming one of the 20th century's most prolific and popular authors.

The Saint is back - the thirty-five original books starring the debonair classic crime hero are being republished in print and ebook with new introductions and extra content.

Leslie Charteris was born in Singapore on May 12th, 1907. With his mother and brother, he moved to England in 1919 and attended Rossall School in Lancashire before moving on to Cambridge University to study law. His studies there came to a halt when a publisher accepted his first novel. His third book, entitled Meet the Tiger!, was written when he was twenty years old and published in September 1928. It introduced the world to Simon Templar, aka the Saint.

He continued to write about the Saint until 1983 when the last book, Salvage for the Saint, was published. The books, which have been translated into over thirty languages, number nearly a hundred and have sold over 40 million copies around the world. They’ve inspired, to date, fifteen feature films, three TV series, ten radio series, and a comic strip that was written by Charteris and syndicated around the world for over a decade. He enjoyed travelling but settled for long periods in Hollywood, Florida, and finally in Surrey, England. He was awarded the Cartier Diamond Dagger by the Crime Writers’ Association in 1992, in recognition of a lifetime of achievement. He died the following year.

To find out more about Leslie Charteris and his work, visit www.lesliecharteris.com.