Items related to Once They Wore the Gray

Boggs, Johnny D. Once They Wore the Gray 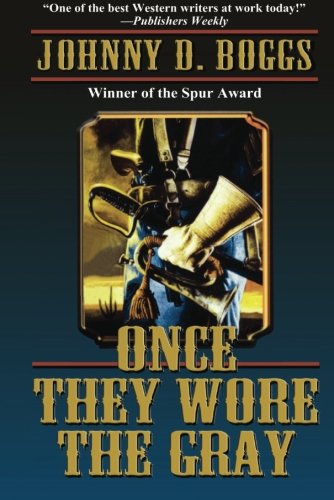 For Sergeant Gil Metairie and other Confederate prisoners during the War Between the States, life in captivity was more dangerous than fighting in the front lines. Every day brought more casualties from weakness or disease. The deplorable conditions forced many prisoners—including Gil—to become "Galvanized Yankees," former Confederate soldiers who joined the Union Army to fight Indians out West. But life on the frontier was no easier for Gil and the others. They soon learned that no one there was glad to see them. The Union troops didn't trust them, and the Indians were looking only for a way to rid their lands of all white men forever. Surrounded by enemies, the Galvanized Yankees had to fight harder than ever to survive—battling threats on both sides of the fort's walls.

Johnny D. Boggs, born in South Carolina, published his first Western short story in 1983. A photographer as well as a full-time writer, he won a Spur Award in 2002 for his short story "A Piano at Dead Man's Crossing" and has enthralled lovers of Westerns with The Lonesome Chisholm Trail and Once They Wore Gray.