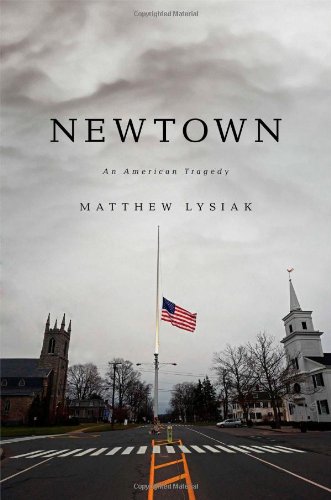 Twenty-six people dead; twenty of them schoolchildren between the ages of six and seven. The world mourned the devastating shooting at Sandy Hook elementary school in Newtown, Connecticut in December 2012. Now, here is the startling, comprehensive look at this tragedy, and into the mind of the unstable killer, Adam Lanza. Drawing on hundreds of interviews and a decade's worth of emails from Lanza's mother to close friends that chronicled his slow slide into mental illness, Newtown pieces together the perfect storm that led to this unspeakable act of violence that shattered so many lives. Newtown explores the two central theories that have permeated the media since the attack: some claim Lanza suffered from severe mental illness, while others insist that, far from being a random act of insanity, this was a meticulously thought out, premeditated attack at least two years in the making by a violent video-gamer so obsessed with "glory kills" and researching mass murderers that he was willing to go to any length to attain the top score. Lanza's dark descent from a young boy with adjustment disorders to a calculating killer is interwoven with the Newtown massacre as it unfolded at the time, told from the points of view of eye witnesses, survivors, parents of victims, first responders, and Adam's relatives. A definitive account of a tragedy that shook a nation.

“Lysiak’s examination of our burgeoning mental-health crisis, and how poorly equipped our health care system is to handle the needs of those who suffer from mental health issues,[is] something of a welcome surprise.” (San Diego City Beat)

“Packed with beautiful vignettes about the victims and some remarkably intimate details.” (USA Today)

“The real message of Newtown is clear: it is up to America and each and every American to decide whether or not this is going to happen again.” (Bookreporter)

“Lysiak’s descriptions are spare and chilling but in no way gratuitous.” (Los Angeles Times)

“This harrowing book might be a reminder that the debate generated by the tragedy needs reviving.” (Kirkus Reviews)

“A comprehensive, moving account. . . . A chilling look at Lanza’s background and contributing factors. . . . Readers will be hard-pressed to deny the raw emotional gut-punch.” (Publishers Weekly)

“Lysiak balances perfectly the ordinarily wondrous lives of [those] who were murdered against their killer’s depravity. Lysiak is a master of texture, at selecting precise,individualizing details.” (Salon)

“Although this is a difficult book to read, I recommend it highly for the very reason the author intended—to be better informed.” (Craig Daily Press)

“Newtown goes beyond the sensational news bytes we have become so accustomed to. . . . A vivid portrait of the remarkable heroism shown by those involved in the tragedy, and the sheer horror that occurred. . . .” (Coalition to Stop Gun Violence)