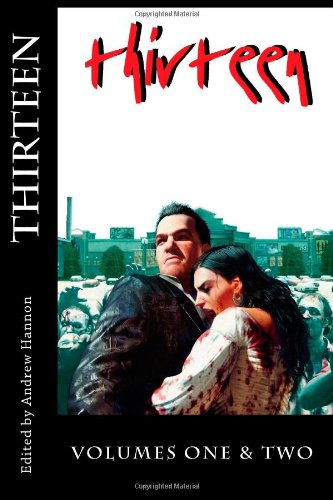 The scariest books ever published, together in one mammoth edition. When Thirteen Volume One was published, it immediately became the most notorious and controversial contribution to horror in years. Thirteen Volume Two followed and continued the controversy as it asked the question: Horror fans - are you fan enough? This joint Volume includes 'The Magic' and 'The Dare', which most readers will be too afraid to finish. This is genuinely not an attempt to hype the book up. Try reading these unique stories and following the instructions in them and YOU WILL BE TERRIFIED. Thirteen Volumes One & Two contains one hundred and seventy seven terrifying tales from the United States and the United Kingdom.

Book Description Paperback. Condition: Very Good. The book has been read, but is in excellent condition. Pages are intact and not marred by notes or highlighting. The spine remains undamaged. Seller Inventory # GOR006896934