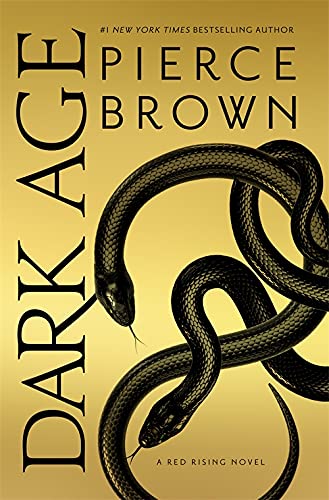 Book Description Paperback. Condition: New. Language: English. Brand new Book. ***The explosive fifth novel in the Red Rising Series***The Number One New York Times bestselling author of Morning Star returns to the Red Rising universe with the thrilling sequel to Iron Gold.He broke the chainsThen broke the world.A decade ago Darrow led a revolution, and laid the foundations for a new world. Now he's an st out of the very Republic he founded, with half his fleet destroyed, he wages a rogue war on Mercury. Outnumbered, outgunned but not out thought. Is he still the hero who broke the chains? Or will he become the agent of the world's destruction?Is it time for another legend to take his place?Lysander au Lune, the displaced heir to the old empire, has returned to the Core. First he must survive Gold backstabbing, then Darrow. Will he bring peace to mankind at the edge of his sword?And on Luna, Mustang, the embattled sovereign of the Republic, must save both democracy and her exiled husband millions of kilometres away. The only thing certain in the Solar System is treachery. And that the Rising is entering a new Dark Age.PRAISE FOR THE RED RISING SERIES:'Pierce Brown's empire-crushing debut is a sprawling vision . . . Ender, Katniss, and now Darrow' - Scott Sigler, New York Times bestselling author of Pandemic'[A] top-notch debut novel . . . Red Rising ascends above a crowded dystopian field' - USA Today'[A] spectacular adventure . . . one heart-pounding ride . . . Pierce Brown's dizzyingly good debut novel evokes The Hunger Games, Lord of the Flies, and Ender's Game. . . . [Red Rising] has everything it needs to become meteoric' - Entertainment Weekly. Seller Inventory # CLD9781473646773