Items related to Fire and Brimstone 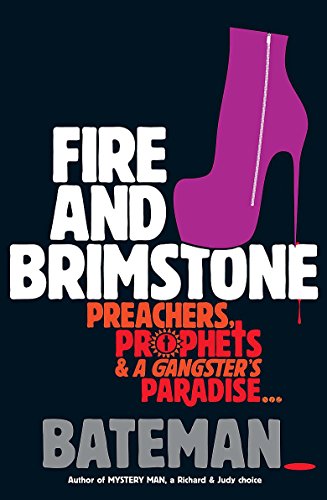 When Alison Wolff, the daughter of a billionaire media mogul, disappears following a massacre at a party, nobody knows if she has been kidnapped or killed.

Dan Starkey is hired to find the missing student but he soon discovers that Belfast's underworld has changed since his days as a journalist. Old tribal conflicts have been superseded by drugs and greed, defended with a ruthlessness undreamt of even in the worst days of The Troubles.

In response to the drug wars, a new church movement has sprung up and when they are blamed for the firebombing of the controversial new abortion clinic, Dan is asked to prove their involvement.

In a Belfast rapidly descending back into chaos, Dan finds himself caught in the violent struggle between rival gangs, one of which claims to have God on their side...

Bateman was a journalist in Northern Ireland before becoming a full-time writer. His first novel, DIVORCING JACK, won the Betty Trask Prize, and all his novels have been critically acclaimed. He wrote the screenplays for the feature films DIVORCING JACK and WILD ABOUT HARRY and the popular TV series MURPHY`S LAW starring James Nesbitt. Bateman lives in Ireland with his family.