Items related to The Sympathizer 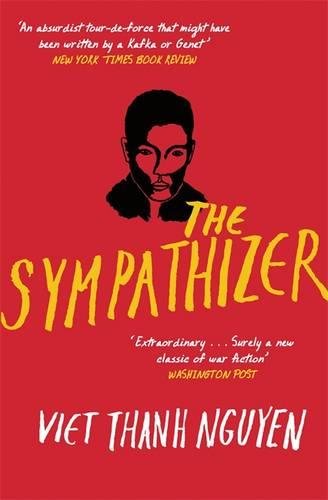 WINNER OF THE PULITZER PRIZE FOR FICTION 2016

It is April 1975, and Saigon is in chaos. At his villa, a general of the South Vietnamese army is drinking whiskey and, with the help of his trusted captain, drawing up a list of those who will be given passage aboard the last flights out of the country. The general and his compatriots start a new life in Los Angeles, unaware that one among their number, the captain, is secretly observing and reporting on the group to a higher-up in the Viet Cong. The Sympathizer is the story of this captain: a man brought up by an absent French father and a poor Vietnamese mother, a man who went to university in America, but returned to Vietnam to fight for the Communist cause. A gripping spy novel, an astute exploration of extreme politics, and a moving love story, The Sympathizer explores a life between two worlds and examines the legacy of the Vietnam War in literature, film, and the wars we fight today.

[A] remarkable debut novel . . . [Nguyen] brings a distinctive perspective to the war and its aftermath. His book fills a void in the literature, giving voice to the previously voiceless while it compels the rest of us to look at the events of 40 years ago in a new light. But this tragicomic novel reaches beyond its historical context to illuminate more universal themes . . . The nameless protagonist-narrator, a memorable character despite his anonymity, is an Americanized Vietnamese with a divided heart and mind. Nguyen's skill in portraying this sort of ambivalent personality compares favorably with masters like Conrad, Greene, and le Carre. . . . Both thriller and social satire. . . . In its final chapters, The Sympathizer becomes an absurdist tour de force that might have been written by a Kafka or Genet. - Philip Caputo, New York Times Book Review Extraordinary . . . Surely a new classic of war fiction. . . . [Nguyen] has wrapped a cerebral thriller around a desperate expat story that confronts the existential dilemmas of our age. Startlingly insightful and perilously candid . . . Laced with insight on the ways nonwhite people are rendered invisible in the propaganda that passes for our pop culture. . . . I haven't read anything since Orwell's Nineteen Eighty-Four that illustrates so palpably how a patient tyrant, unmoored from all humane constraint, can r

A profound, startling, and beautifully crafted debut novel, The Sympathizer is the story of a man of two minds, someone whose political beliefs clash with his individual loyalties

Buy Used
Condition: Good
A few small marks or stains to... Learn more about this copy

The Sympathizer (Age of Legends)

Book Description Hardcover. Condition: Good. A few small marks or stains to the page edges/pages . A tan to the page edges/pages . Ex library copy with usual stamps & stickers . Minor shelf wear Good condition is defined as: a copy that has been read but remains in clean condition. All of the pages are intact and the cover is intact and the spine may show signs of wear. The book may have minor markings which are not specifically mentioned. Most items will be dispatched the same or the next working day. Seller Inventory # wbb0019443219

Book Description Condition: Good. Ships from the UK. Former library book; may include library markings. Used book that is in clean, average condition without any missing pages. Seller Inventory # 12030099-6