Items related to Skymeadow: Notes from an English Gardener

Skymeadow: Notes from an English Gardener 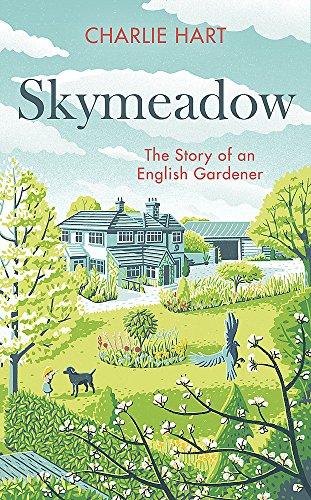 'A love letter to English horticulture written by a passionate gardener. A must-read for anyone who has dreamt of cultivating their own patch of land' Jane Perrone

'Skymeadow is a fascinating book . . . Every flower, every passing bud, every change in the season is described with rapture' Jilly Cooper

When Charlie Hart first visited Peverels, a small farmhouse that sits lazily on the lip of a hill running down into the Peb Valley, he was at breaking point, grieving the loss of his father and anxious about the impending death of his mother. He and his wife Sybilla felt that their London life had been steadily growing in noise: the noise of grief, the noise of busyness, the noise that comes from the expectations of others and, for Charlie, the constant clamour of dissatisfaction at work.

At Peverels, Charlie found an expanse of untouched meadowland, the perfect setting for an audacious garden. Charlie felt an unquenchable urge to dig, to create something. The days he spent wrestling with the soil in the rose garden were the days in which he mourned the loss of his parents. Gardening has taught him that you can dig for victory, but you can also dig for mental health. As the garden formed around Charlie, he buried his fears and anxieties within it. A garden that is now known as Skymeadow and grows with a lusty, almost biblical vigour.

In Skymeadow, Charlie seamlessly weaves together his own memoir with that of his garden. The result is a lyrical and incisive story of mental health at an all-time low, the healing powers of digging and, ultimately, a celebration of nature.

This book is a love letter to English horticulture written by a passionate gardener. Charlie plots his path through family tragedy and battles to bring his audacious plans for a garden to life in this inspirational memoir. A must-read for anyone who has dreamt of cultivating their own patch of land. (Jane Perrone)

Skymeadow is a fascinating book. Facing mental breakdown, devastated by the death of his father and the serious illness of his mother, battling against the claustrophobia of working in the City, Charlie Hart broke free. Tracking down a farmhouse on the Suffolk border, he staved off his anguish by singlehandedly, by his own sweat and toil, over three years transforming the surrounding fields into a ravishing garden. The cast, including his adorable wife Sybilla, four very young children and a floating population of dogs and cats, provide an enchanting picture of family life. Every flower, every passing bud, every change in the season, is described with rapture. Charlie Hart is all heart and we cheer him on. (Jilly Cooper)

A gentle and very thoughtful read . . . his seamless weaving together of his own memoir with that of his garden is priceless. A beautifully written book and an inspiration (The Reckless Gardener)

I loved it . . . poetic depiction of the English landscape . . . Although not everyone has the luxury of space in which to garden away the pain of loss and surrender to the vastness of creation, Charlie's message remains valid whether you own a single houseplant or a five-acre plot: taking care of plants is good for us, mind and body (Gardenista)

A memoir about mental health, bursting with metaphors about how nature can soothe and heal the soul (BBC Countryfile)

Skymeadow is the story of how Charlie Hart singlehandedly built a five-acre garden from scratch; it is a gardening memoir which celebrates the healing effects of nature on mental health.

1. Skymeadow: Notes from an English Gardener

2. Skymeadow: Notes from an English Gardener