Items related to Guilty Not Guilty 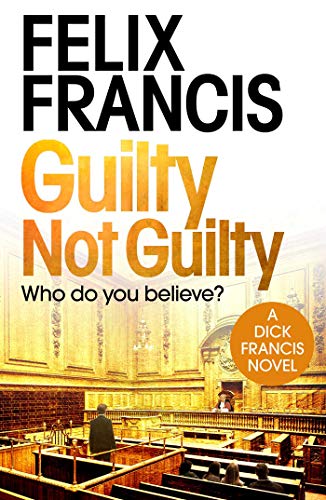 It is said that everyone over a certain age can remember distinctly what they were doing when they heard that President Kennedy had been assassinated, or that Princess Diana had been killed in a Paris car crash, but I, for one, could recall all too clearly where I was standing when a policeman told me that my wife had been murdered.

Bill Russell is acting as a volunteer steward at Warwick races when he confronts his worst nightmare – the violent death of his much-loved wife. But worse is to come when he is accused of killing her and hounded mercilessly by the media. His life begins to unravel completely as he loses his job and his home. Even his best friends turn against him, believing him guilty of the heinous crime in spite of the lack of compelling evidence.

Bill sets out to clear his name but finds that proving one’s innocence is not easy – one has to find the true culprit, and Bill believes he knows who it is. But can he prove it before he becomes another victim of the murderer.

Guilty Not Guilty is a journey of greed and jealousy set against the grief of personal tragedy and loss, with many a twist and turn along the way.

‘As usual with a Francis, once I opened the book, I didn’t want to put it down... Felix’s resolution is darker and more shocking than his father would ever have contemplated, but reflects grittier times and changing tastes in fiction. Now, what am I going to do for the next 12 months until the next one?’ Country Life
‘He has become his own man as a purveyor of murder mysteries' The Racing Post
'The Francis flair is clear for all to see' Daily Mail
'From winning post to top of the bestseller list, time after time' Sunday Times
'The master of suspense and intrigue' Country Life
'A tremendous read' Woman's Own

Felix Francis studied Physics and Electronics at London University and then spent seventeen years teaching Advanced-Level Physics. The younger son of crime writer and Naional Hunt jockey Dick Francis, Felix assisted his father with both the research and writing of his novels in a father-and-son writing partnership. Since Dick's death, Felix has written ten successful novels, the latest being Front Runner.