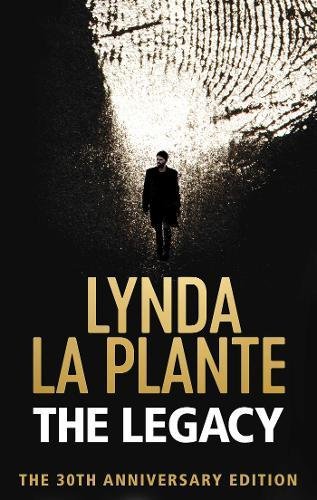 **The 30th Anniversary Edition: revised and updated for old and new fans of Lynda La Plante**

One family. One legacy. One curse.

Hugh is a hardened miner from the Welsh Valleys who has seen the better part of his life pass him by. His daughter Evelyne, true to his fears, has lost her heart to a man from a troubled life on the road. Freedom , a handsome prizefighter is saved from the gallows only to do battle for the heavyweight championship of the world.

From the poverty of the Welsh pit valleys to the glories of the prize ring, from the dangers of Prohibition America to the terrors of Britain at war, Lynda La Plante delves into the lives of a remarkable family and the curse that forged their names...

'Without doubt one of the best writers working today' Karin Slaughter

‘A torrid tale of love, intrigue and passion’ Daily Express

Book Description Simon and Schuster UK, 2017. Hardcover. Condition: Used; Good. Dispatched, from the UK, within 48 hours of ordering. This book is in good condition but will show signs of previous ownership. Please expect some creasing to the spine and/or minor damage to the cover. Seller Inventory # CHL2722648

Book Description Condition: Good. Ships from the UK. Shows some signs of wear, and may have some markings on the inside. Seller Inventory # 18496195-20

Book Description Simon & Schuster UK, 2017. Hardcover. Condition: Very Good. All orders are dispatched the following working day from our UK warehouse. Established in 2004, we have over 500,000 books in stock. No quibble refund if not completely satisfied. Seller Inventory # mon0005420553

Book Description Simon & Schuster UK, 2017. Hardcover. Condition: Good. Good condition is defined as: a copy that has been read but remains in clean condition. All of the pages are intact and the cover is intact and the spine may show signs of wear. The book may have minor markings which are not specifically mentioned. Most items will be dispatched the same or the next working day. Seller Inventory # wbb0014595792

Book Description Paperback. Condition: Very Good. The book has been read, but is in excellent condition. Pages are intact and not marred by notes or highlighting. The spine remains undamaged. Seller Inventory # GOR008743140

Book Description Paperback. Condition: Good. The book has been read but remains in clean condition. All pages are intact and the cover is intact. Some minor wear to the spine. Seller Inventory # GOR009224389

Book Description Simon & Schuster UK 19/10/2017, 2017. Condition: Good. Will be shipped promptly from UK warehouse. Book is in good condition with no missing pages, no damage or soiling and tight spine. There may be some dog-eared pages showing previous use but overall a great book. Seller Inventory # 9053-9781471167041