Items related to Dead of Winter: The Arcana Chronicles Book 3 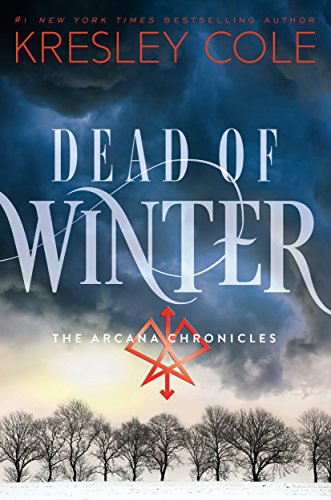 From the author of the international bestselling Immortals After Darkseries comes the dark and irresistable conclusion to The Arcana Chronicles. Evie Green, the Empress, has been taken by Death who is one of the most fearsome among the Tarot. But there is an even more dangerous Tarot heading right for them... The Lovers. Two twisted siblings who use cruelty and torture on allies and enemies alike. Evie, Death and Jack must band together to find and kill the Lovers, but tensions arise when Jack witnesses the close bond that has developed between the Endless Knight and Evie, and she soon realises that there is a very fine line between love and hate...

"An electrifying mix of page-turning, post-apocalyptic adventure and sizzling romance. The Arcana Chronicles will blow you away!"--P.C. Cast About the Author:

Sign up for Kresley's email newsletter to receive the latest book release updates, as well as info about contests & giveaways ( kresleycole.com/newsletter/ ) Kresley Cole is the #1 New York Times bestselling author of the electrifying Immortals After Dark paranormal series, the young adult Arcana Chronicles series, the erotic Gamemakers Series, and five award-winning historical romances. A master's grad and former athlete, she has traveled over much of the world and draws from those experiences to create her memorable characters and settings. Her IAD books have been translated into eighteen foreign languages, garnered three RITA awards, and consistently appear on the bestseller lists, in the U.S. and abroad. You can learn more about her and her work at kresleycole.com or facebook.com/KresleyCole

Book Description Paperback. Condition: Good. The book has been read but remains in clean condition. All pages are intact and the cover is intact. Some minor wear to the spine. Seller Inventory # GOR007398687

Book Description Simon & Schuster UK, 2015. Condition: Good. UK ed. Ships from the UK. Former Library book. Shows some signs of wear, and may have some markings on the inside. Seller Inventory # GRP82456513

3. Dead of Winter - the Arcana Chronicles