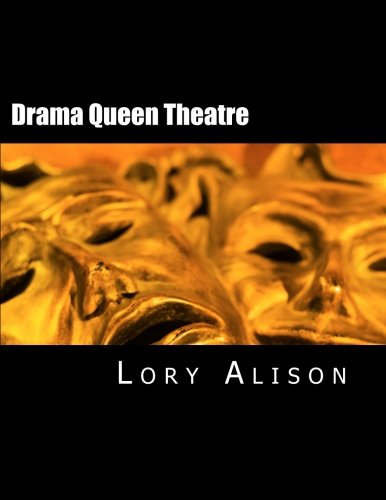 Duet & Duo Acting Scenes, Humorous and Dramatic Monologues, 4 Ten-Minute Children's Plays, One-Act Plays, Full-Length Plays, Prose and Poetry for performance. Lory Alison has been writing, directing and producting plays since 1993. THE GREAT ESCAPE and LIFE IS FUNNY are poems about date rape and the murder of a child that can be performed also as Dramatic Interpretations. WHEN YOU WISH UPON A STAR is a Prose about love and loss that can also be used for a serio-comic Duet or Duo Interpretation. AMERICAN FOB’S is a serio-comic Duet Scene for a Korean-American girl and Indian-American girl, about prejudice and racism in America. BROTHERS FOREVER follows 2 African-American brothers in a Duet Scene that deals with a LGBT teen. FOUR 10-MINUTE CHILDREN’S PLAYS have multiple characters for young actors and can be used as Humorous Interpretations SNOW WHITE, CINDERELLA, SLEEPING BEAUTY IN THE LAND OF DISCO, TORTOISE & THE HARE spin old yarns into new, fun, adventures! Appropriate for young actors. ONE-ACT PLAYS include THE WIZARD OF...DUH! and BAH HUM BUG! A CHRISTMAS TALE. Both are approx. 15-20 minutes and have lots of characters. DAUGHTERS OF PANTELONE is a Commedia dell'Arte play for a modern audience with 15 characters, 40 minutes and appropriate for one-act competition. FULL-LENGTH PLAYS include VEGAS OR BUST! that has a large cast 60+, and performers may play multiple characters. This is the perfect play to get all your theatre classes involved in a Main Stage production! DRAMA QUEENS & KINGS LIVE! is a play consisting of sketch comedy scenes performed by adults for mature audiences. Think SNL or MADTV for the stage. Not for those easily offended!

Lory Alison received a Bachelor of Fine Arts in Theatre Studies from the University of Texas at Austin. Married to her college sweetheart since 1993, they have two young sons. In 1997 she co-founded Actors Anonymous Theatre Company (a.k.a. The Drama Queens & Kings) with her closest friends and former students. The Director of A.A.T.C. since its inception, Lory directs sketch comedy shows with adults and musicals with children. A.A.T.C. has performed at Fronterafest in Austin, Texas, DIVAfest in San Francisco, California, in Keystone, Colorado, at Theatre Row in New York City and on a Carnival Cruise, to name a few. A.A.T.C. has donated over $15,000 to charity and continues to perform one to two shows per year. Lory currently spends her free time directing adults with Special Needs in musicals for the City of Garland and Granville Arts Center. She also directs summer musicals with 50+ children and coordinates Vacation Bible School with her BFF Cindy Baker. Lory somehow found the time to write the SYDNEY’S VAMPIRE DIARY teen fiction series and has spoken to thousands of teens and parents about teen dating violence. SVD has been spotlighted on Good Morning Texas and in National Forensic League Speech & Debate Honor Society national magazine The Rostrum. If you would like Lory Alison to speak or facilitate a workshop for your play production, book group, library, organization or club, contact Lory Alison, through her websites. www.thedramaqueens.com www.sydneysvampirediary.com www.loryalison.com