Items related to The Don Bailey Story: From Truck Driver To Multi-Millionaire

The Don Bailey Story: From Truck Driver To Multi-Millionaire 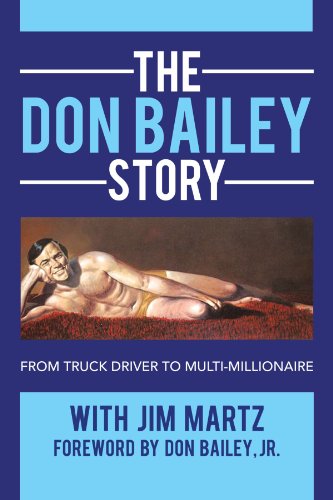 Don Bailey is proof that the American dream can be a reality. His drive to success took him from truck driver's helper to super salesman to owner of the very building where he started his career. Born in a poor rural town in Georgia, he grew up in Miami and dropped out of college after one semester for lack of funds. He went on to excel at the school of hard knocks and became more than a guy who sells carpet and has a crazy billboard, more than a guy who started a flooring business and real estate business on borrowed money, more than a numbers man, more than the life of the party. He's the guy who bought an underprivileged employee a home or car, mentored his children and tithed to mankind. This is his story in his own words and in the words of his children, wives, brother, friends, business partners and employees. "I don't think Don has ever met a stranger. He's every man's Rodney Dangerfield, a guy who truly is the one liner and the wit." Butch Davis, Former University of Miami, Cleveland Browns and North Carolina coach. "Don is unique. He loves to be part of Miami. He knows Miami. He is Miami." Randy Shannon, former University of Miami player, assistant and head coach. "Don is a great success story. An American success story." Lee Corso, E.S.P.N. college football analyst, former college coach. "I found Don very funny. He is crazy . . . an enigma . . . a good guy." Ferdie Pacheco, the fi ght doctor, artist, author. "He has been like a father fi gure to me, as well as a good employer. The whole family has." Leshan Kelly, long-time employee. "I've never met a better business person and harder worker, and besides that he has always been a real generous and kind person." Hank Fineberg, long-time friend and business associate. "What he has accomplished will inspire people and prove the American dream can be a reality." Don Bailey, Jr.

1. The Don Bailey Story: From Truck Driver to Multi-millionaire

2. The Don Bailey Story: From Truck Driver To Multi-Millionaire