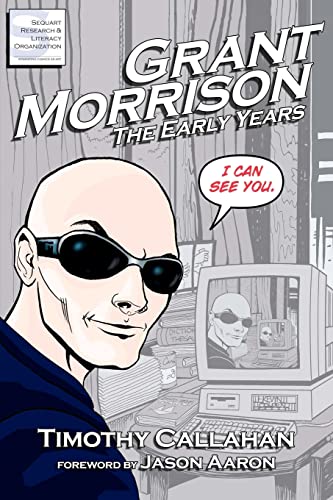 Grant Morrison redefined comics in the 1980s and early '90s, from his trailblazing creation of ZENITH, through his metatextual innovations in ANIMAL MAN, to his Dadaist super-heroes in DOOM PATROL. Along the way, he also addressed Batman with his multi-layered ARKHAM ASYLUM and his literary "Gothic" storyline. Callahan examines all five works in detail, drawing out their evolving themes and exploring Morrison's sometimes difficult texts in plain language. Rounding out the volume: an exclusive interview with Morrison, a foreword by popular comics writer Jason Aaron, and an appendix addressing Morrison's even earlier, shorter work. From Sequart Research & Literacy Organization. More info at http://Sequart.org