Items related to The Salvation: Unmasked: Book 13 (The Vampire Diaries) 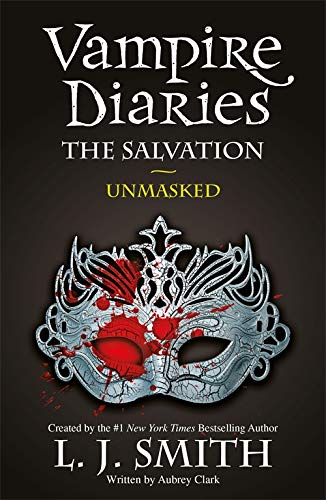 Ruthless scientist and vampire creator Jack Daltry is dead, killed by Damon and Elena. But now Elena is dying, and the Guardians have given her one chance to save both herself and Damon. She must go back into the past, back to before she met the Salvatore brothers and the point everything started.

Elena must ensure the destruction that was started with Stefan and Damon's obsession with her will never begin. But she doesn't know the Damon she first met all those years ago, and he doesn't know her. He's dangerous. And can she bear to create a future where she's not with Damon or Stefan?

L. J. Smith is an American author living in California. Her books are young-adult literature and combine a myriad of genres including horror, science fiction/fantasy and romance. She has written three trilogies, two series and two companion novels. After a nearly ten year hiatus from writing, L.J. Smith announced that a new Vampire Diaries trilogy was in the works, which is now a major ITV2 Series.

Book Description Hodder Children's Books, 2012. Paperback. Condition: Good. Connecting readers with great books since 1972. Used books may not include companion materials, some shelf wear, may contain highlighting/notes, may not include cdrom or access codes. Customer service is our top priority!. Seller Inventory # S_278228646

Book Description Paperback. Condition: Very Good. The book has been read, but is in excellent condition. Pages are intact and not marred by notes or highlighting. The spine remains undamaged. Seller Inventory # GOR006103732

Book Description Hodder Children's Books, 2012. Condition: Good. A+ Customer service! Satisfaction Guaranteed! Book is in Used-Good condition. Pages and cover are clean and intact. Used items may not include supplementary materials such as CDs or access codes. May show signs of minor shelf wear and contain limited notes and highlighting. Seller Inventory # 1444916513-2-4

Book Description imusti, 2012. Paperback. Condition: GOOD. Has little wear to the cover and pages. Contains some markings such as highlighting and writing. Seller Inventory # 1444916513_abe_gd