Items related to Piece of My Heart: The 16th DCI Banks Mystery

Piece of My Heart: The 16th DCI Banks Mystery 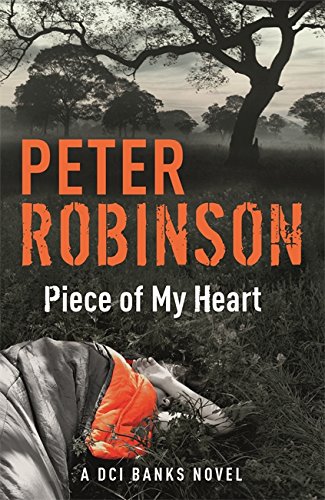 As volunteers clean up after a huge outdoor rock concert in Yorkshire in 1969, they discover the body of a young woman wrapped in a sleeping bag. She has been brutally murdered. The detective assigned to the case, Stanley Chadwick, is a hard-headed, strait-laced veteran of the Second World War. He could not have less in common with - or less regard for - young, disrespectful, long-haired hippies, smoking marijuana and listening to the pulsing sounds of rock and roll. But he has a murder to solve, and it looks as if the victim was somehow associated with the up-and-coming psychedelic pastoral band the Mad Hatters.

In the present, Inspector Alan Banks is investigating the murder of a freelance music journalist who was working on a feature about the Mad Hatters for MOJO magazine. This is not the first time that the Mad Hatters, now aging rock superstars, have been brushed by tragedy. Banks finds he has to delve into the past to find out exactly what hornets' nest the journalist inadvertently stirred up.

The Alan Banks mystery-suspense novels are, simply put, the best series on the market (Stephen King)

Peter Robinson has for too long, and unfairly, been in the shadow of Ian Rankin . . . he deserves [a place], near, perhaps even at the top of, the British crime writers' league . . . PIECE OF MY HEART brilliantly interweaves past and present, providing two strands of tension for the price of one, and further enhancing Alan Banks's reputation as one of crime fiction's most appealing cops. (The Times)

PIECE OF MY HEART brilliantly evokes the time of British psychedelia (which I remember as standing in a muddy field sucking on a weak joint), as well as being a terrific contemporary crime novel. (Independent on Sunday)

This book must be the bargain of the year, for it is two riveting, equally interesting crime novels in one. What takes it into the premier league, however, is Robinson's utterly convincing and moving portrayal of Chadwick and Banks (Telegraph)

Robinson has to use all his ingenuity to find the solution to both killings. This book benefits hugely from Robinson's sympathetic leading man and the richly recorded Dales settings. (Scotsman)

The Alan Banks mystery-suspense novels are, simply put, the best series on the market. Try one and tell me I'm wrong (Stephen King)

Neal Pearson turns out another cracking Inspector Banks performance in this taut thriller spanning the 60s to the present, this time with Hugh Ross providing an extra dimension as Banks' determined 1960s counterpart. If you enjoyed the previous Inspector Banks mysteries you'll love this, Robinson's best thriller yet - and a tense, gripping audiobook that's perfect for crime fans everywhere.