Items related to The Summer Without Men

Hustvedt, Siri The Summer Without Men

The Summer Without Men 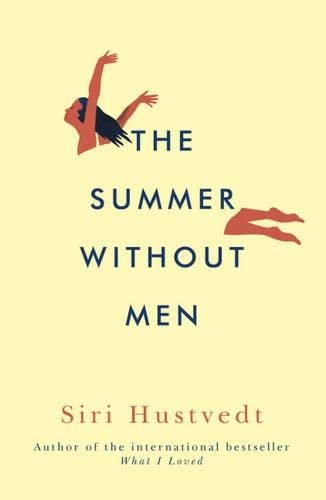 Out of the blue, your husband of thirty years asks you for a pause in your marriage to indulge his infatuation with a young Frenchwoman. Do you:

a) assume it's a passing affair and play along

b) angrily declare the marriage over

d) retreat to a safe haven and regroup?

Mia Fredricksen cracks up first, then decamps for the summer to the prairie town of her childhood, where she rages, fumes, and bemoans her sorry fate as abandoned spouse. But little by little, she is drawn into the lives of those around her: her mother and her circle of feisty widows; her young neighbour, with two small children and a loud, angry husband; and the diabolical pubescent girls in her poetry class. By the end of the summer without men, wiser though definitely not sadder, Mia knows what she wants to fight for and on whose terms.

Provocative, mordant, and fiercely intelligent, The Summer Without Men is a gloriously vivacious tragi-comedy about women and girls, love and marriage, and the age-old war between the sexes - a novel for our times by one of the most acclaimed American writers.

Siri Hustvedt is a novelist of great intelligence. She knows the ways of the world and of the heart . . . THE SUMMER WITHOUT MEN is a new departure. Despite its painful subject matter - marital rupture, encroaching death, the tormenting antics of malice-ridden girls - the novel is a mordant comedy. (Lisa Appignanesi, The Observer)

Hustvedt is a writer of luminous perception (Jane Shilling, Telegraph)

Hustvedt's intensely visual writing spans the generations. She can conjure up a child's realm of imaginary friends as evocatively as the brave face adopted by the elderly living in "a world of continual loss". The story of one woman regaining her own identity, it's by turns funny, moving and erudite, playfully reminding us of a contemporary Jane Austen. (Claire Colvin, Daily Mail)

[Mia] is alarmingly funny and her narrative toys with the immediacy of the epistolary novel . . . Events are coupled with commentary, commentary leads into event and temporal sequence is delightfully confused. Such digressive freedom is one of the pleasures of THE SUMMER WITHOUT MEN, in which fiction, fantasy, and historical fact are interweaved. (Stephanie Bishop, TLS)

THE SUMMER WITHOUT MEN shows a mind alive, at work and boundlessly curious about the way people live and love. It is the kind of book with which to grapple and argue, to challenge and fight, but also with which to engage and at which to marvel. (Jennifer Levasseuer, The Age)

It's a warm, affecting tale about love, loss and finding consolation in female friendship. Hustvedt captures both the absurdity and the tragedy of life (Sebastian Shakespeare, Tatler)

'Mia's voice is witty, concise, demanding; delighted by the concordances of sounds in words, compassionate and aware of its own faults. Hustvedt shows us Mia as she stumbles through the female relationships around her, all painted in with a wry eye. (Philip Womack, Telegraph)

Hustvedt makes it all seem effortless... it's an astoundingly joyful read, an apparently artless jumble of scenes, memories, letters and emails, scraps of poetry, rhetorical riffs. Mia rages and repents, but she never loses her mordant sense of humour... the book shines with intellectual curiosity and emotional integrity. Dignified yet playful, cutting yet tender, every page reminds us that, as Mia's doctor tells her, "tolerating cracks is part of being alive". (Justine Jordan, Guardian)

An exhilarating tragicomedy about the war of the sexes and what makes women tick by the internationally bestselling author Siri Hustvedt.

1. The Summer Without Men

2. The Summer Without Men

Book Description Paperback. Condition: Good. Connecting readers with great books since 1972. Used books may not include companion materials, some shelf wear, may contain highlighting/notes, may not include cdrom or access codes. Customer service is our top priority!. Seller Inventory # S_302464100

3. The Summer Without Men

4. The Summer Without Men

5. The Summer Without Men

6. The Summer Without Men

7. The Summer Without Men

8. The Summer Without Men

9. The Summer Without Men

Book Description Paperback. Condition: Very Good. The Summer Without Men This book is in very good condition and will be shipped within 24 hours of ordering. The cover may have some limited signs of wear but the pages are clean, intact and the spine remains undamaged. This book has clearly been well maintained and looked after thus far. Money back guarantee if you are not satisfied. See all our books here, order more than 1 book and get discounted shipping. Seller Inventory # 7719-9781444710540

10. The Summer Without Men

Book Description Condition: Very Good. Shipped within 24 hours from our UK warehouse. Clean, undamaged book with no damage to pages and minimal wear to the cover. Spine still tight, in very good condition. Remember if you are not happy, you are covered by our 100% money back guarantee. Seller Inventory # 6545-9781444710540