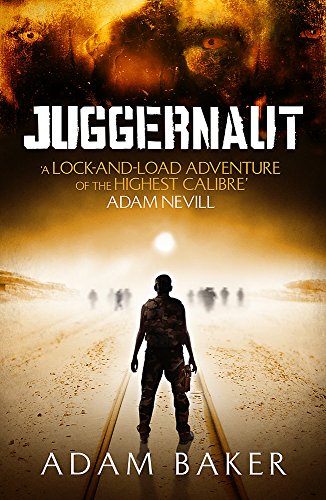 Seven mercenaries journey deep into the desert in search of Saddam's gold. They form an unlikely crew of battle-scarred privateers, killers and thieves, veterans of a dozen war zones, each of them anxious to make one last score before their luck runs out.

They will soon find themselves marooned among ancient ruins, caught in a desperate battle for their lives, confronted by greed, betrayal, and an army that won't stay dead...

It had me on the edge of my seat from page one. (Stephen Leather)

What many people, including me, are raving about right now is Adam Baker's OUTPOST. . . a stunning debut novel . . . you will want to be one of the first people to experience it. (Books Monthly)

While ramping up the tension and confusion, Adam Baker also ramps up the action and despite the limited canvas of the Arctic landscape, manages to devise an impressive variety of situations for the characters (British Fantasy Society)

'It's the relentless pace, merging SF and horror elements, that makes Outpost such a compelling end-of-the-world story' (Sunday Canberra Times)

There's no denying the strength of Baker's prose. It's violent and blokey, but also intelligent. The first 100 pages, especially, are rich with harrowing detail about the last days of Saddam's regime... Juggernaut is a rewarding read (SFX Magazine)

They searched for gold. They found death.