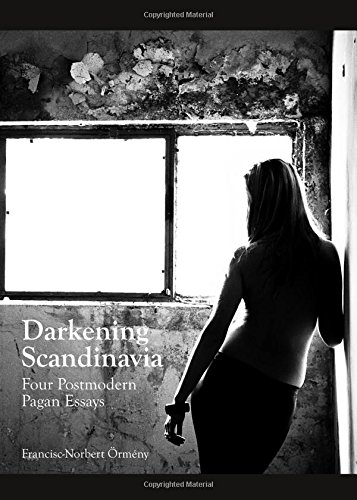 Darkening Scandinavia attempts to reveal, in a philosophical and poetical key, the profound and unique existential, aesthetic and phenomenological intuitions to which the metal bands Lake of Tears, from Sweden, and Burzum, from Norway, the visionary Danish cinematic team consisting of the director Nicolas Winding Refn and the actor Mads Mikkelsen, and the charmingly-evasive Norwegian writer Per Petterson, have managed to give deeply-moving dark expressions. The book is a post-modern Heideggerian meditation on what could constitute the true nature of the Northern Darkness - written with a capital D - and on the incredibly visceral prevalence of the primordial Void in the Nordic soulscapes, a propensity signalled by means of phantasmagorical and allegorical projections. The author of the these four essays assumes the role of not only an interpreter, but also as a continuator of the philosophical messages, of the phenomenological intuitions and of the aesthetic catalysts present in the texts of the four analyzed subjects. By addressing in an academic, inter- and trans-disciplinary ahistorical manner some of today's mysterious canonic niches, the book cultivates a healthy intellectual curiosity and a special sense of theoretical escapism.

"Extraordinary in its display of the author's erudition and linguistic dexterity, the book demonstrates an uncannily broad and thoroughgoing understanding of a complex variety of intellectual and creative landscapes." Dr Bruce Bradfield Indo-Pacific Journal of Phenomenology, 14: 2 (2014)

Ormeny Francisc-Norbert (born March 21, 1983) received his PhD in Contemporary Philosophy from Babes-Bolyai University in Cluj-Napoca. He is the chief-editor of the online journal Europe's Times and Unknown Waters, a publication active in the field of cultural studies. As a researcher, he assumes as his aim the identification and the investigation of possible new areas of conceptualization within the fields of philosophy (with a special interest in phenomenology, aesthetics and pragmatism), literary critique, film criticism, and media studies.