Items related to The Sublime Now 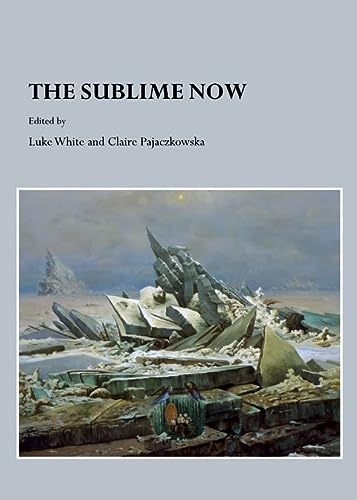 The Sublime has been considered an archaic concept the relevance of which was limited to eighteenth-century discourses on art, literary criticism and aesthetics. But it is becoming obvious that contemporary culture requires of us a response that is at once emotional, critical, powerful and meaningful, and recently the issue of the sublime has found its way back onto the critical agenda. This book asks a series of critical questions about this resurgence: What is the legacy of the discourse of the sublime for us today? In what ways has it acquired an added urgency in our new millennium? To what extent is this concept a useful or dangerous tool for the understanding of contemporary culture and history? How does the Sublime follow the Post Modern? To what uses can and should it be put? Why the Sublime now? The editors have collected writings from many contemporary thinkers who bring the critical concept of the sublime into their discussions of contemporary cultures. Spanning philosophy, religion, ecology, politics, literature, avant-garde art, popular cinema, comic books, humour and digital cultures these essays consider the relevance of the sublime now. The authors make provocative readings of the original writings on the sublime, from Longinus, Burke, Kant and Nietzsche, to Freud, Lyotard, Derrida, Kristeva and others whilst bringing these writings to bear on today's cultural issues.

Luke White and Claire Pajaczkowska have been researching into the Sublime for some years, as colleagues lecturing in art and design history at Middlesex University. Luke White is Lecturer in Visual Culture and History of Art and Design at Middlesex University, where he also completed his PhD, 'Damien Hirst and the Legacy of the Sublime in Contemporary Art and Culture,' in 2008. Claire Pajaczkowska is Senior Research Tutor at the Royal College of Art where she supervises doctoral research. As Leverhulme Research Fellow into the Sublime and the Transcendent she wrote several essays on the cultures of sublimity. A book Shame and Sexuality: Psychoanalysis and Visual Culture, co edited with Ivan Ward, was published by Routledge in 2008, and an essay 'Tension, Time and Tenderness' in The Virtual and Other Digitalities edited by Griselda Pollock was published by I.B. Taurus 2009.

Buy Used
Condition: As New
Item is in new condition. Learn more about this copy