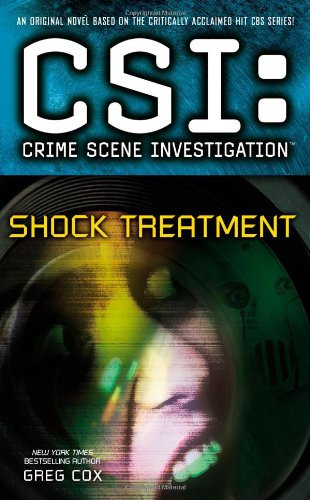 What happens when a reality TV series gets a true dose of reality? A staged prank for a hit scare show has gone horribly wrong with an actor now dead and production halted indefinitely. As the graveyard shift of Sin City’s best crime scene investigators—including Catherine Willows, Ray Langston, Nick Stokes, Sara Sidle, and Greg Sanders— digs deeper behind the scenes, more questions than answers pile up: Was the botched prank’s set-up simply a case of carelessness on the producers’ part resulting in a tragic accident, or did someone really orchestrate an elaborate scheme for revenge and murder?

Greg Cox is a bestselling author of numerous Star Trek novels and short stories. He has also written the official movie novelizations of Godzilla, Man of Steel, The Dark Knight Rises, Daredevil, Ghost Rider, and the first three Underworld movies, as well as books based on such popular series as Alias, Buffy the Vampire Slayer, CSI, Farscape, The Green Hornet. He has received two Scribe Awards from the International Association of Media Tie-In Writers. Visit him at GregCox-author.com.