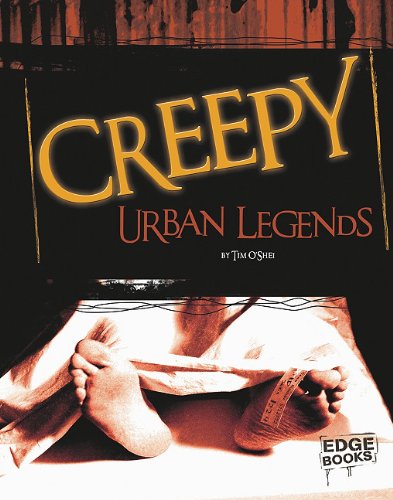 Creepy Urban Legends Did you hear about the babysitter who received threatening phone calls from inside the house? What about the hitchhiker who vanished without a trace? For years, urban legends such as these have been passed on by word of mouth. They are told as if they really happened. But are these creepy tales true? Decide for yourself as you dig into some of the most horrifying urban legends ever told. Full description

Tim O'Shei is the author of more than 60 nonfiction books for kids and teens. He's also a teacher, sports and entertainment journalist, and the founder of Live! Starring ... You!, a program where students interview people in the spotlight. He regularly visits schools around the country, teaching workshops and spreading his motto, "Write for your dreams." He's been featured on national television, including an appearance on the Travel Channel's "Mysteries at the Museum." Tim is a native of Buffalo, New York, where he lives with his wife and three children.