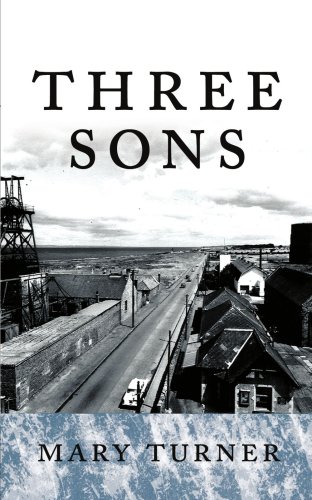 This is a story rich in Scottish dialog as the tale of Mary Sweeny and her three sons enfold. Set in the east of Scotland in the mining town of Prestonpans, things were hard for many families as work was hard and wages were poor but good neigbours were worth their wait in gold. After the birth of her illegitimate son, Mary Fairley became dependent on her overpowering mother Lizzie. Her father Charlie, a hard working coal miner, tried to console his wife when Mary started seeing Patrick Sweeny, a miner who had the reputation of being a hardened drinker. Mary, seeing a way out from her mother's domineering ways, leaves with her infant son to stay with Patrick, causing Lizzie to disown her. Tragedy soon follows leaving Mary brokenhearted. Things start to go terribly wrong when Patrick shows his true colours. The only comfort Mary has is her three sons, Frank, Allan and Tony, while her neighbour, Cissie, fills many dark moments with her constant wit and banter. After a fatal mine disaster, Patrick's past catches him up leading to lies, deceit and attempted murder, the out come changing Mary's life forever, while Mary's own dark secret has to be told to save the happiness of her son Allan.

Book Description Paperback. Condition: Good. The book has been read but remains in clean condition. All pages are intact and the cover is intact. Some minor wear to the spine. Seller Inventory # GOR004561136

Book Description Paperback. Condition: Very Good. The book has been read, but is in excellent condition. Pages are intact and not marred by notes or highlighting. The spine remains undamaged. Seller Inventory # GOR002537879