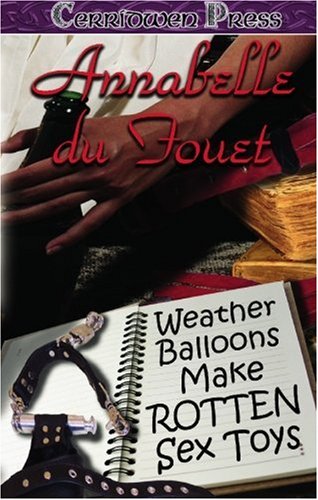 Unemployed scholar Annabelle du Fouet lived a quiet life until her Uncle Henry disappeared, leaving behind a mountain of kinky porn. Ordered by her Aunt Ruth to get rid of it, Annabelle decided to study the books, magazines and videos, hoping to understand Uncle Henry's secret life. Then Annabelle made a decision that changed her life-to write the world's first research report on all things kinky. And she would do it from the inside. As Mistress Dominique, Annabelle plunged into the murky world of kink and changed it forever. Mostly for the worse, as it turned out. Follow Mistress Dominique's adventures as she: -Destroys a kinky party by filling a house with smelly green foam. -Causes a gigantic submissive known as Crazy Morty to terrorize a trailer park. -Starts a riot that sends the chairwoman of the Savvy Seeders garden club to a psychiatric hospital. -Leads a band of enraged ponygirls to attack the Rocking Robins bird club. -Helps a drunken kinky clown traumatize a women's religious studies group. And much more! Through Annabelle's historical research, you will learn why Vikings were kinky but not as kinky as the ancient Egyptians. You will discover why the man who invented golf also invented an implement found in dungeons everywhere, and how a man named Thomas Edison (but not that Edison) nearly blew up a town by inventing the world's first electric kinky device. You will meet people with a fetish for pirate outfits, a man who wears an owl suit, and people who pretend to be elderly in order to cause scenes in bookstores. Be warned though-while this in-depth research document contains frank discussions of sexual deviations, its history and the people who participate in it, there are no actual sexual encounters described. Really. Please! Annabelle is a professional and this was all done in the name of science. Note: This book was previously released at Ellora's Cave Publishing.

Book Description Ellora's Cave Publishing, Incorporated. Mass Market Paperback. Condition: Good. A copy that has been read, but remains in clean condition. All pages are intact, and the cover is intact. The spine may show signs of wear. Pages can include limited notes and highlighting, and the copy can include previous owner inscriptions. At ThriftBooks, our motto is: Read More, Spend Less. Seller Inventory # G1419954830I3N00