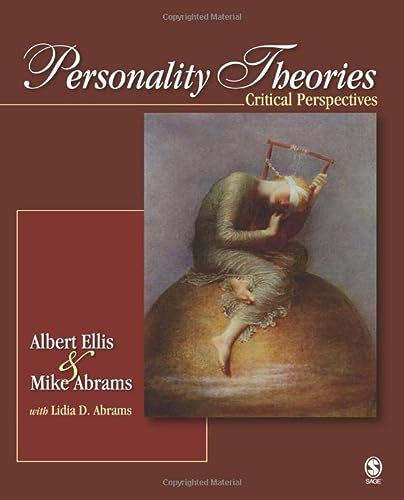 Personality Theories is written for the advanced undergraduate or graduate student. This audience will strongly benefit from the clinical insights offered in the text. These insights are drawn from main author Albert Ellis' half-century of clinical experience as well as his intimate knowledge of most of the iconic figures who along with Ellis helped develop clinical psychology.

Albert Ellis, Ph.D., was the intellectual founder of all clinical approaches that now fall under the rubric of cognitive behavior therapy, and he is generally regarded as one of the most influential psychologists of the 20th century. His Rational Emotive Behavior Therapy is now practiced and taught throughout the world, along with the numerous similar therapies that it spawned. Dr. Ellis wrote 70 books and more than 600 journal articles and monographs. At the Albert Ellis Institute, which he founded and managed for more than half a century, he personally trained or supervised thousands of clinicians. As a practicing psychologist, he personally helped more than 10,000 people lead less painful and more productive lives. Dr. Ellis received dozens of awards from organizations like the American Psychological Association and American Counseling Association for his tireless work in advancing psychology, counseling, and social work. When he received his Ph.D. from Columbia University in 1947, he had already established himself as the most renowned sex therapist in the first half of the 20th century, and he then went on to revolutionize the field of clinical psychology. Dr. Ellis died July 24, 2007, while this book was in the final stages of preparation.