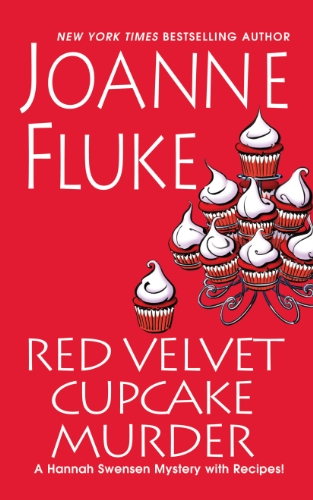 When one of her famous Red Velvet cupcakes is thought to have caused the death of her rival—a scandalous Lake Eden legend who was trying to steal her boyfriend—Hannah Swensen becomes the unlikely suspect in a murder investigation and must whip up the real killer before someone else gets iced. (mystery & detective). Simultaneous.

JOANNE FLUKE is the New York Times bestselling author of the Hannah Swensen mysteries, which include Double Fudge Brownie Murder, Blackberry Pie Murder, Cinnamon Roll Murder, and the book that started it all, Chocolate Chip Cookie Murder. That first installment in the series premiered as Murder, She Baked: A Chocolate Chip Cookie Mystery on the Hallmark Movies & Mysteries Channel. Like Hannah Swensen, Joanne Fluke was born and raised in a small town in rural Minnesota, but now lives in Southern California. Please visit her online at www.JoanneFluke.com