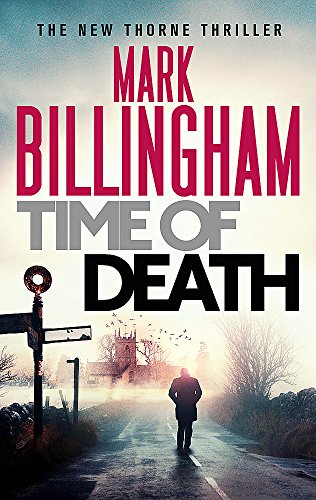 The Missing
Two schoolgirls are abducted in the small, dying Warwickshire town of Polesford, driving a knife into the heart of the community where police officer Helen Weeks grew up and from which she long ago escaped. But this is a place full of secrets, where dangerous truths lie buried.

The Accused
When it's splashed all over the press that family man Stephen Bates has been arrested, Helen and her partner Tom Thorne head to the flooded town to support Bates' wife - an old school friend of Helen's - who is living under siege with two teenage children and convinced of her husband's innocence.

The Dead
As residents and media bay for Bates' blood, a decomposing body is found. The police believe they have their murderer in custody, but one man believes otherwise. With a girl still missing, Thorne sets himself on a collision course with local police, townsfolk - and a merciless killer.

Tom Thorne returns in a chilling mystery that will keep readers guessing until the final page. Time of Death is Mark Billingham's most timely, atmospheric thriller to date.

Brilliantly evoking the spooky island atmosphere, the tension of this macabre thriller is lightened by humour and believable characters - Sunday Mirror on The Bones Beneath Billingham ratchets up the tension, with a twist-filled climax that shows exactly why he's one of the UK's leading crime writers - Shortlist on Rush of Blood Dialogue is perfectly pitched...It is a credit to Billingham's skill as a writer that his characters reveal so much to the reader when blethering around the dinner table while revealing so little to one another - Scotland on Sunday on Rush of Blood Strong plotting and an all-too-plausible villain reveal just how good Billingham is, and confirm Thorne as a memorable, flawed hero - Daily Mail on The Bones Beneath