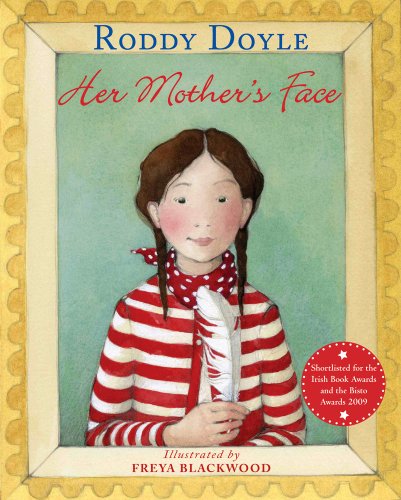 Siobhán can remember the way her mother joked. And she can just about feel her mother's hands, lifting her up. But she can't remember her mother's face any more. And her father's too sad to help. Then one day, a mysterious woman appears and tells Siobhán a secret, something that will bring back all that's been forgotten...

Book Description Scholastic, 2010. Condition: Good. 1st Edition. Ships from the UK. Former Library book. Shows some signs of wear, and may have some markings on the inside. Seller Inventory # GRP74057389

Book Description Paperback. Condition: Very Good. The book has been read, but is in excellent condition. Pages are intact and not marred by notes or highlighting. The spine remains undamaged. Seller Inventory # GOR004666298

Book Description Paperback. Condition: Good. The book has been read but remains in clean condition. All pages are intact and the cover is intact. Some minor wear to the spine. Seller Inventory # GOR007265008

Book Description Scholastic. Condition: Acceptable. A readable copy. All pages are intact, and the cover is intact (However the dust cover may be missing). Pages can include considerable notes--in pen or highlighter--but the notes cannot obscure the text. Book may be a price cutter or have a remainder mark. Seller Inventory # CU-03-07-04-0276

Book Description Scholastic. Paperback. Condition: VERY GOOD. Pages are intact and are not marred by notes or highlighting, but may contain a neat previous owner name. The spine remains undamaged. Seller Inventory # 1407115812_abe_vg