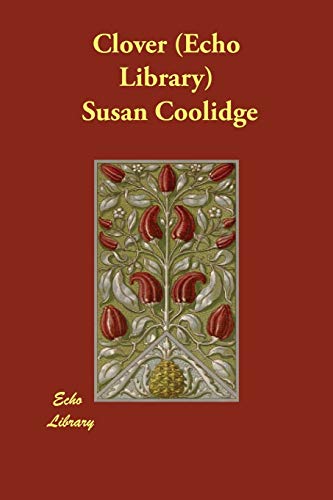 Susan Coolidge (Sarah Chauncey Woolsey) is best known for her classic children's novel What Katy Did (1872). The fictional Carr family was modelled after the author's own, with Katy Carr inspired by Susan (Sarah) herself, and the brothers and sisters modelled on Coolidge's Woolsey siblings. Two sequels follow Katy as she grows up: What Katy Did at School (1873) and What Katy Did Next (1886). Two further sequels were also published: Clover (1888) and In the High Valley (1890).

Susan Coolidge was the pen name of nineteenth-century American author Sarah Chauncey Woolsey. Born to wealth, Coolidge worked as a nurse during the Civil War before returning to her family home to take up a career in writing. Although best known for her classic Katy series of children s novels including What Katy Did and What Katy Did Next, Coolidge also published more than twenty works of fiction, and edited The Autobiography and Correspondence of Mrs. Delaney and The Diary and Letter of Frances Burney. Coolidge died in 1905.