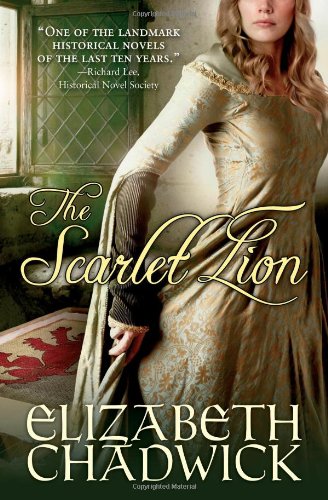 The Legend of the Greatest Knight Lives On

William Marshal's skill with a sword and loyalty to his word have earned him the company of kings, the lands of a magnate, and the hand of Isabelle de Clare, one of England's wealthiest heiresses. But he is thrust back into the chaos of court when King Richard dies. Vindictive King John clashes with William, claims the family lands for the Crown--and takes two of the Marshal sons hostage. The conflict between obeying his king and rebelling over the royal injustices threatens the very heart of William and Isabelle's family. Fiercely intelligent and courageous, fearing for the man and marriage that light her life, Isabelle plunges with her husband down a precarious path that will lead William to more power than he ever expected.

"Everyone who has raved about Elizabeth Chadwick as an author of historical novels is right." --Devourer of Books on The Greatest Knight

"Elizabeth Chadwick is a gifted novelist and a dedicated researcher; it doesn't get any better than that." --Sharon Kay Penman

The characters are brought to life.

The Scarlet Lion is everything I look for in fiction: adventure, romance, intrigue, told through well developed characters and vivid descriptions of settings.

Brilliantly weaving a strong plot line, historical accuracy, depth of character and dialogue filled with intelligence and wit... Elizabeth Chadwick is one of the very best of historical fiction authors.

Very well-written... This one's for the historical fiction fans out there.

Elizabeth Chadwick has brought William Marshall back into the limelight.

[Chadwick] will make you fall in love with William Marshal with her unforgettable story of his life, as his memory is finally being given its just rewards.

When Elizabeth Chadwick writes about history, you feel like you are there in the thick of it... A definite must read for any lover of history.

* An exciting sequel to The Greatest Knight, centred around William Marshall, probably the greatest knight of the Middle Ages