Items related to The Alternatives to Civil War (Classic Reprint) 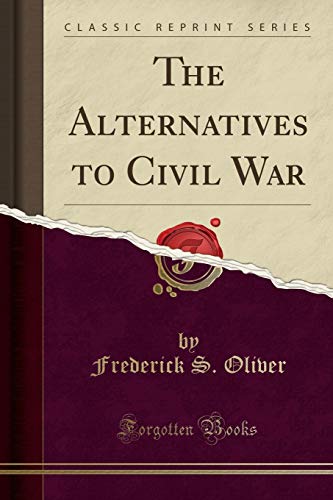 Excerpt from The Alternatives to Civil War Unionists contend that before the Home Rule bill is forced into law there ought to be a General Election. Liberals, on the other hand, maintain that, as Home Rule was submitted to the country at the last General Election, there is no sense in asking for a second verdict. It is desirable to examine both contentions on broad grounds, and without reference to those considerations of mere party tactics, which underlie to some extent both the demand for an appeal to the country and the opposition to it. The Unionist case is, that if in a purely formal sense Home Rule was before the electors in December, 1910, it was not so in reality, for the simple reason that the great mass of public interest at that time was focussed on the House of Lords question, to the exclusion of everything else. They contend, moreover, that Home Rule was not even formally before the country on that occasion. It was not mentioned in the Prime Minister's election address. His colleagues and chief supporters were no more outspoken than their leader. About the Publisher Forgotten Books publishes hundreds of thousands of rare and classic books. Find more at www.forgottenbooks.com This book is a reproduction of an important historical work. Forgotten Books uses state-of-the-art technology to digitally reconstruct the work, preserving the original format whilst repairing imperfections present in the aged copy. In rare cases, an imperfection in the original, such as a blemish or missing page, may be replicated in our edition. We do, however, repair the vast majority of imperfections successfully; any imperfections that remain are intentionally left to preserve the state of such historical works.