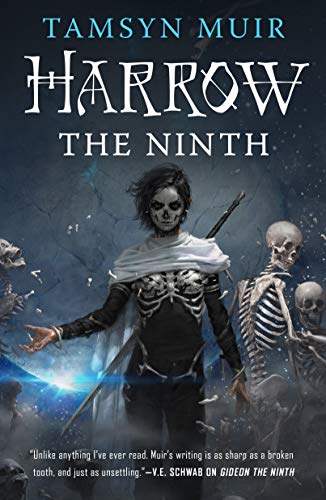 Book Description Paperback. Condition: New. Reprint. Language: English. Brand new Book. "Unlike anything I've ever read. Muir's writing is as sharp as a broken tooth, and just as unsettling." -V.E. Schwab on Gideon the Ninth"Deft, tense and atmospheric, compellingly immersive and wildly original." -The New York Times on Gideon the NinthShe answered the Emperor's call.She arrived with her arts, her wits, and her only friend.In victory, her world has turned to ash.After rocking the cosmos with her deathly debut, Tamsyn Muir continues the story of the penumbral Ninth House in Harrow the Ninth, a mind-twisting puzzle box of mystery, murder, magic, and mayhem. Nothing is as it seems in the halls of the Emperor, and the fate of the galaxy rests on one woman's shoulders. Harrowhark's health is failing, her magic refuses to cooperate, her sword makes her throw up, and even her mind threatens to betray her. What's worse, someone is trying to kill her. And she has to wonder: if they succeeded, would the universe be better off?. Seller Inventory # AA99781250313218