Items related to Some remarkable passages in the life of the Honourable...

Doddridge, Philip Some remarkable passages in the life of the Honourable Colonel James Gardiner, who was slain at the battle of Prestonpans, September 21. 1745. With an ... the Munroes of Fowlis. By P. Doddridge, D.D.

Some remarkable passages in the life of the Honourable Colonel James Gardiner, who was slain at the battle of Prestonpans, September 21. 1745. With an ... the Munroes of Fowlis. By P. Doddridge, D.D. 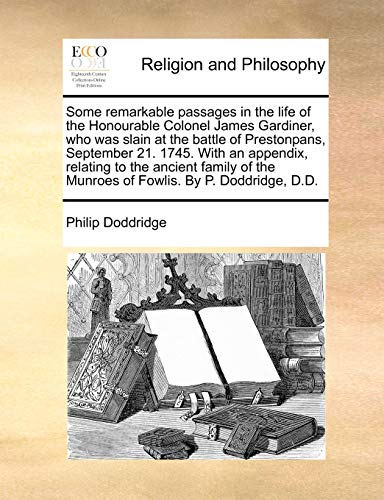