Items related to Popular Postcolonialisms: Discourses of Empire and... 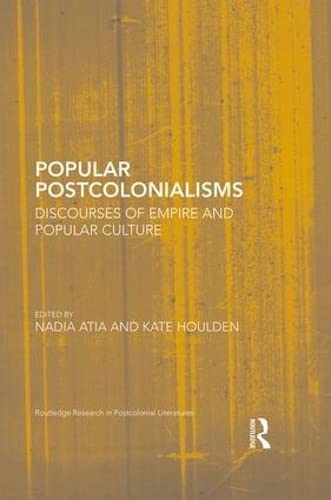 Drawing together the insights of postcolonial scholarship and cultural studies, Popular Postcolonialisms questions the place of ‘the popular’ in the postcolonial paradigm. Multidisciplinary in focus, this collection explores the extent to which popular forms are infused with colonial logics, and whether they can be employed by those advocating for change. It considers a range of fiction, film, and non-hegemonic cultural forms, engaging with topics such as environmental change, language activism, and cultural imperialism alongside analysis of figures like Tarzan and Frankenstein. Building on the work of cultural theorists, it asks whether the popular is actually where elite conceptions of the world may best be challenged. It also addresses middlebrow cultural production, which has tended to be seen as antithetical to radical traditions, asking whether this might, in fact, form an unlikely realm from which to question, critique, or challenge colonial tropes. Examining the ways in which the imprint of colonial history is in evidence (interrogated, mythologized or sublimated) within popular cultural production, this book raises a series of speculative questions exploring the interrelation of the popular and the postcolonial.

Nadia Atia is Senior Lecturer in World Literature in the Department of English at Queen Mary, University of London, UK.

Kate Houlden is Senior Lecturer in World Literature in the Department of English, Film and Media at Anglia Ruskin University, UK.

1. Popular Postcolonialisms: Discourses of Empire and Popular: Nadia Atia and

Book Description PAPERBACK. Condition: New. Book Cover and ISBN may be different from US edition but contents as same US Edition. Excellent Quality,Quick delivery, We may ship the books from Asian regions for inventory purpose. Our courier service is not available at PO BOX. Seller Inventory # nt_9781138125056

Book Description Condition: New. Brand New Original US Edition.We Ship to PO BOX Address also. EXPEDITED shipping option also available for faster delivery.This item may ship fro the US or other locations in India depending on your location and availability. Seller Inventory # AUDEC-83880