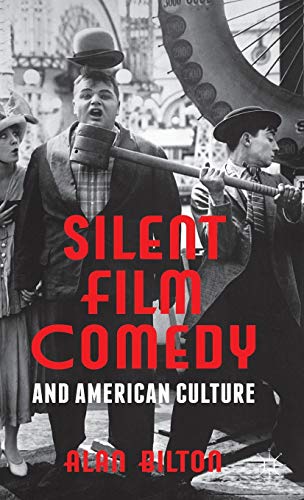 Bilton's study of early 20th century American culture interprets the anarchic absurdity of slapstick movies as a form of collective anxiety dream, their fantastical images and illogical gags bypassing rational thought to express the unconscious fears, wishes and concerns of the modern age. Silent film comedy, with its childlike love of the illogical, the destructive and the anti-social, seems to suggest a form of comic revolt against the mechanisation and the uniformity of the machine age, but the book also charts how a new consumer culture sought simultaneously to tame and contain these energies, redirecting them in the service of a newly emergent mass culture. Not just a film history of the silent era, Bilton also provides a provocative and lively engagement with the origins of mass culture, tracing the origins of Hollywood's dream factory and alongside it the roots of our own irrational, childlike, celebrity-obsessed consumer culture.

Alan Bilton is Lecturer in English and American Studies at Swansea University, UK. He is author of An Introduction to Contemporary American Fiction (EUP, 2002), editor of America in the 1920s: Literacy Sources and Documents, Volume One: The Cultural Condition, Volume Two: Voices of Modernity and Volume Three: An Age of Performance (with Philip Melling, Helm Information, 2004), and he has published articles in international journals such as the European Journal of American Studies, The F. Scott Fitzgerald Review and The Journal of American Studies.