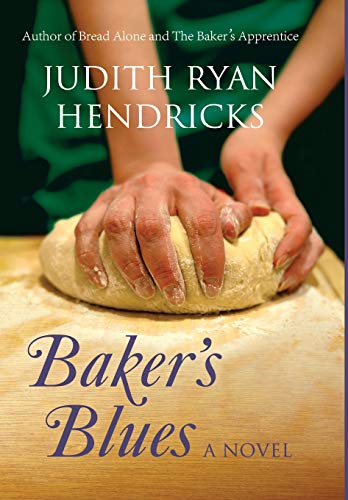 In Wyn Morrison's world a 5 A.M. phone call usually means problems at her bakery-equipment trouble or a first shift employee calling in sick-annoying but mundane, fixable. But the news she receives on a warm July morning is anything but mundane. Or fixable. Mac, her ex-husband, is dead. Ineligible for widowhood, Wyn is nonetheless shaken to her core as she discovers that the fact of divorce offers no immunity from grief. Friends and family are bewildered by her spiral into sadness, Mac's daughter Skye blames her for his death. For the last several years Wyn has been more businesswoman than baker, leaving most of the actual bread making to others. Now, as she takes up her place in the bread rotation once more, she will sift through her memories, coming to terms with Mac and his demons, with Skye's anger, and with Alex, who was once more than a friend. Soon she will re-learn the lessons that she first discovered at the Queen Street Bakery in Seattle...bread is a process--slow, arduous, messy, unpredictable. It should be eaten with eyes closed and heart open.

Armed with a degree in journalism and a short attention span, Judith Ryan Hendricks worked as a journalist, copywriter, computer instructor, travel agent, waitress and baker before turning to fiction writing. Her first novel, Bread Alone, was a national bestseller and a BookSense 76 pick. It was followed by Isabel's Daughter, set in Santa Fe, and The Baker's Apprentice. The Laws of Harmony was published in February, 2009 and was nominated for The Santa Fe Reporter's "Best of Santa Fe." Baker's Blues, part three of the bakery trilogy, will be available in August 2015. Hendricks' fiction has been translated into 12 languages and distributed in 16 countries. She lives in New Mexico with husband Geoff and dog Blue.

Buy Used
Condition: Good
Signs of wear and consistent use... Learn more about this copy

Book Description Condition: Good. A+ Customer service! Satisfaction Guaranteed! Book is in Used-Good condition. Pages and cover are clean and intact. Used items may not include supplementary materials such as CDs or access codes. May show signs of minor shelf wear and contain limited notes and highlighting. Seller Inventory # 0996503536-2-4