Items related to Child of the Dragon Mountains

Child of the Dragon Mountains 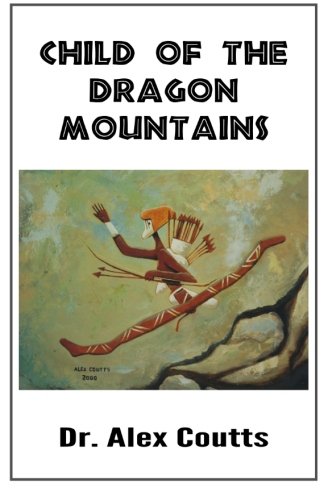 The book is a historical novel. It tells the life story of a San born in 1830 in the Ndedema Gorge of the Natal Drakensberg Mountains. The novel begins with the birth and childhood of the boy !Bo, and tells how his growing capabilities are honed, first by his mother and then his father and other noted artists and shamans of the Ndedema. !Bo becomes an experienced hunter, artist, shaman, and rainmaker. Married and with children to raise, he becomes increasingly aware of the pressures placed on the San by outside communities engaged in wars, territorial conquest, and vengeance against cattle raiders in the San communities. His own family rejects the rustling of livestock from encroaching farms. He comes to understand that the clans and communities of the San are facing genocide. Much of the book deals with the endeavours of the main character and his family to preserve and nourish the cultural heritage that is their lifeblood, while striving vainly to unite diverse San clans and groups into a unified political force they hope will engage constructively with the aggressors. Loss of life amongst the Ndedema community leads !Bo on a fruitless quest to Bulihawu (Giants Castle). After the loss of their children in a misdirected, punitive raid mounted by stock-farmers, his family embarks on a lengthy and traumatic venture down the Senqu (Orange River) to engage with Soai, a noted leader amongst the cattle raiders; also Chief Moorosi and the cattle-raiding Amatola. The traumatic Langalibalele Rebellion also engages and almost overwhelms his family. Their mission to form a unified voice of protest fails and they face the genocide experienced by many others. The book ends in the Amphitheatre in 1885, with the deaths of arguably the last family of San recorded as living ‘freely’ in the Drakensberg. Reading the book is a novel way of gaining insights into San life and behaviour during a critical time in their history, within the geographical confines covered by the book. The period is portrayed as a time of great political and cultural upheaval. Many San abandoned their past Stone Age culture as they experienced and sometimes attempted to imbibe the encroaching Western frontier culture. Some joined it and entered the cash economy as employed trackers, hunters, labourers or herders, while a few purchased horses and guns. Increasingly, San traded with or married members of iron-working communities. Others resisted desperately and clashed with the colonial authorities as well as the agriculturalist-pastoralists who the authorities had settled as buffers between them and the white farmers. Many died as a result. I thank Memory Coutts for her dedicated proofreading and Daniel Dinnie for his excellent work in preparing the book for Kindle compliance. The staff members at the Killie Campbell Library of the University of KwaZulu-Natal were most helpful in lending their literary resources and providing an occasional workplace, and I thank them for the kind and efficient services I enjoyed while working there.

Alex Coutts lives in Durban with his wife Memory. The threads tracked below have contributed to the author having written, or being in the process of writing, a range of children’s and adults’ novels as well as books within the fields of education, history, ecology, psychology, and travel. ACADEMIC The author has two doctoral degrees, namely Doctor of Philosophy (Natal: Durban 1989), and Doctor of Education (UNISA, 1982), as well as three lower degrees in the fields of The Arts and Education, and two fulltime teaching diplomas. He served as Deputy Rector of the Edgewood College of Education for many years, with portfolios of inter alia Council Member; Chairperson Practical Teaching Committee; College Examinations Officer and numerous other committees, several of which he chaired. As a young man, he was Head of Department of Art, Physical Education, Electrical Technika, Electronic Technika, Technical Drawing, Music, Business Economics, Speech and Drama, Needlework, Handicrafts. ANTI-APARTHEID ACTIVISM The doctorate in philosophy was the first, or one of the first, in South Africa dealing with non-racial education. It led to a period of anti-apartheid activism during the period 1982 to 1993. The author engaged with many years of public speaking on Education in KZN and Gauteng, in advocating a non-racial, multi-cultural democracy. Over the past three decades, he and his wife Memory have used their home and other resources to assist numerous Zulu boys and girls with board, lodging, education and other needs. COGNITIVE ENHANCEMENT Dr Coutts has recently consulted as educationist to the late professor Merlyn Mehl, retired Professor Emeritus of the University of the Western Cape; and as a consequence has written numerous papers, documents and programmes in Education, Cognitive Development, Philosophy, Tourism, Sport, Business and Adult Basic Education. Dr Coutts is widely travelled, having visited sixty countries including South, Central and North Africa, Europe, the Middle and Far East, Russia, United States of America, Australia and New Zealand; with much of the travelling done on foot as a young man.

1. Child of the Dragon Mountains