Items related to The Temperamentals 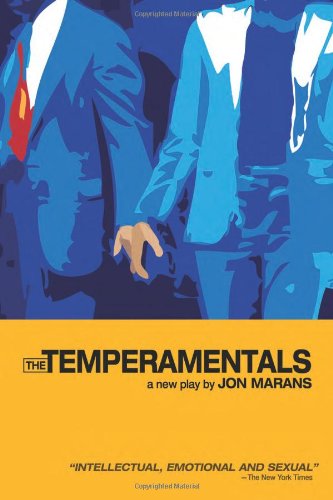 "Temperamental" was code for "homosexual" in the early 1950s, part of a secret language gay men used to communicate. The Temperamentals, Jon Marans' hit off-Broadway play, tells the story of two men--the communist Harry Hay and the Viennese refugee and designer Rudi Gernreich--as they fall in love while building the Mattachine Society, the first gay rights organization in the pre-Stonewall United States. This special edition includes Marans' script and production photos from the off-Broadway production of the play, along with a foreword by actor Michael Urie; an introduction by activist David Mixner; a look at Gernreich's fashion career by journalist Joel Nikolaou; and an afterword on Harry Hay by journalist Michael Bronski.

5. The Temperamentals (Paperback or Softback)