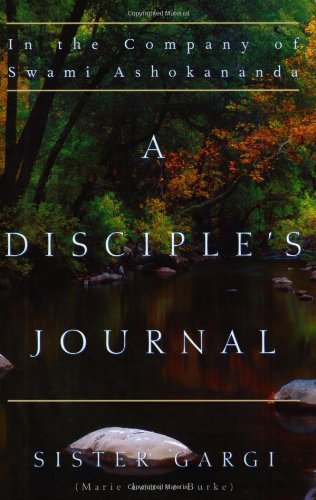 This is Sister Gargi's personal account of her spiritual training over two decades by Swami Ashokananda (1893-1969), the illustrious spiritual teacher of the Ramakrishna Order who headed the Vedanta Society of Northern California. Her journal starts in 1950 when the Swami started to teach her meditation in the Hindu tradition of Vedanta. Marie Louise Burke, as she was then known, went on to become a prominent literary figure in the Vedanta movement and later a respected monastic. This story takes readers on a powerful inner journey as Swami Ashokananda transforms the author's self-doubt into a rich and joyful spiritual quest.Sister Gargi is to be thanked for another important entry in the archives of world spirituality.-HUSTON SMITH, author of The World's ReligionsTouching, well-written portrait.-LIBRARY JOURNALThoughtful and uplifting.-MIDWEST BOOK REVIEWRare treasure of a book.-LIGHT OF CONSCIOUSNESSDeeply inspiring and a sheer pleasure to read.-VRAJAPRANA, author of Vedanta: A Simple Introduction

Sister Gargi (Marie Louise Burke) was a respected monastic in the Ramakrishna Order and a prominent literary figure in Vedanta circles, admired worldwide by scholars of Eastern religion. Recently acclaimed works include A Heart Poured Out, her biography of Swami Ashokananda, and A Disciple's Journal, her spiritual memoir. Sister Gargi has inspired thousands with her writings.-LIGHT OF CONSCIOUSNESS

1. A Disciple's Journal: In the Company of Swami Ashokananda

3. A Disciple's Journal: In the Company of Swami Ashokananda