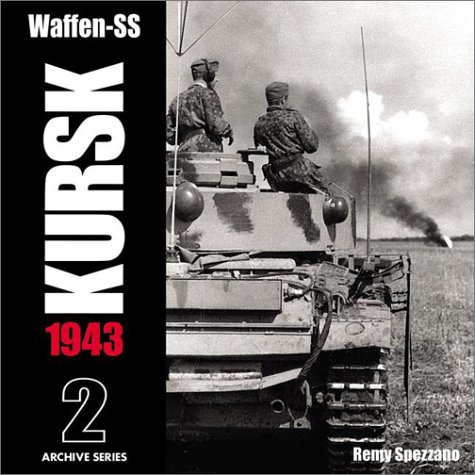 Kursk was a crucial battle on the vast Eastern Front and a battle in which Hitler's elite, the Waffen SS, distinguished itself as never before. - In this magnificent series of photo histories, Remy Spezzano presents rare and previously unpublished images detailing the uniforms, equipment and weapons of the Waffen SS divisions employed to stem the tide in 1943.

Remy Spezzano is the founder and owner of RZM Publishing, a company that has become a byword for high quality photo books on the German Armed Forces of the Second World War. As a specialist in the area of photo research, he has worked with some of the world's preeminent national archives and gained access to numerous private collections to procure the finest photographic material produced by the German Propaganda units. The selected images are then enhanced using the most advanced photo-retouching techniques to obtain optimal visual appeal. These same rigorous standards are also applied to the graphic design and production of each book, which the publisher approaches like an artist intent on realizing his vision. The end result is a body of work that is world-renowned and includes RZM's best selling God, Honor, Fatherland; Platz Der Leibstandarte and Kampfraum Arnheim.