Items related to Between Death & Life: Conversations With A Spirit

Dolores Cannon Between Death & Life: Conversations With A Spirit

Between Death & Life: Conversations With A Spirit 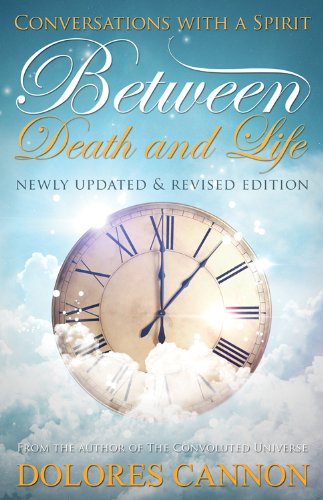 Dolores has accumulated information about the Death experience and what lies beyond through 16 years of hypnotic research and past-life therapy. While retrieving past-life experiences, hundreds of subjects reported the same memories when experiencing their death, the spirit realm, and their rebirth.This book also explores:* Guides and guardian angels* Ghosts and poltergeists* Planning your present lifetime and karmic relationships before your birth* The significance of bad lifetimes* Perceptions of God and the Devil* And much more

Dolores Cannon is a past-life regressionist and hypnotherapist who specializes in the recovery and cataloging of "Lost Knowledge". Her roots in hypnosis go back to the 1960s. She has been specializing in past-life therapy since 1979.Dolores has become, perhaps, the world's most unlikely expert on the prophecies of Nostradamus. A retired Navy wife from Huntsville, AR, USA, Dolores was nearly fifty years old when she began experimenting with hypnosis and past-life regression. The results were, to say the least, quite spectacular!Working through several different subjects, Dolores was able to establish communication with the living Michel De Notredame, better known as the prophet, Nostradamus. His revelations and their impact on our own time are both fascinating and at times frightening.Dolores has written the three volume set "Conversations With Nostradamus", the series on the translation of Nostradamus' quatrains. This series contains the translation of almost 1000 prophecies, all interpreted for the first time and have been in print since 1989. It is considered the most accurate interpretation of the prophecies ever printed.During the past eighteen years Dolores has been a UFO investigator, using her skills as a regressionist to help people that been involved in abduction cases. She has written several books on the UFO information volunteers have revealed while under hypnosis.Dolores is now teaching her unique technique of hypnosis all over the world.In addition to the three volumes of "Converstations With Nostradamus", Dolores has completed:"The Legend of Starcrash", "Keepers of the Garden", "Legacy from the Stars", "A Soul Remembers Hiroshima", "They Walked With Jesus", "Jesus and the Essenes" and "Between Death and Life". "The Custodians", discusses in detail information regarding distorted time, screen memories, reasons for abductions, implants and much, much more....Her latest book, "The Convoluted Universe, Book One", goes further into complex metaphysica

1. Conversations With Spirit: Between Death And Life

2. Between Death & Life: Conversations with a Spirit Cannon, Dolores

3. Between Death & Life: Conversations with a Spirit Cannon, Dolores

4. Between Death & Life: Conversations with a Spirit Cannon, Dolores

5. Between Death & Life: Conversations with a Spirit