Items related to My Son the Enemy

Hughes, David My Son the Enemy

My Son the Enemy 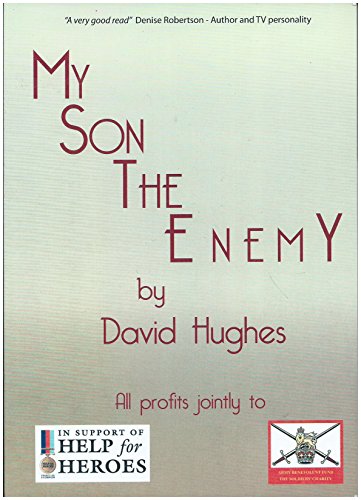 Every year, we remember war exploits from World War One, World War Two, Iraq, Northern Ireland, to the Falklands, yet a conflict involving almost 90,000 British soldiers, almost 800 deaths, and an unknown number of incidents including hangings, beatings and other atrocities is virtually unknown by many British citizens. Associated with this carnage was the treatment inflicted on Jewish Holocaust survivors in the name of the British government. Not only is this a slice of history ignored today, reporting was curtailed at the time and practically all evidence has been obliterated. It is as if it never happened, but it did, and I was there. The year was 1946, World War Two had ended, Nazi concentration camps in Europe had been opened and survivors were released after six years of horror. Thousands headed for Palestine 'The Promised Land' with the hope to begin a new life. Large ships, rusty old boats, anything that could float and survive the journey across the Mediterranean Sea, were utilised. Jews of many nationalities were heading for a land where they were wanted, needed and would be free from persecution. However, their freedom would only last for the length of their sea journeyy, when they would be returned to captivity by the British. Palestine had been under the control of the British since the end of World War One when Jews were in the minority, lived in Ghettos and in relative harmony with the Arab majority. Hitler's persecution of the Jews resulted in a mass migration from Europe to Palestine

Book Description Papercraft, 2010. Paperback. Condition: Used; Good. **Simply Brit** Shipped with Premium postal service within 24 hours from the UK with impressive delivery time. We have dispatched from our book depository; items of good condition to over ten million satisfied customers worldwide. We are committed to providing you with reliable and efficient service at all times. Seller Inventory # 3045872

Book Description Paperback. Condition: Very Good. The book has been read, but is in excellent condition. Pages are intact and not marred by notes or highlighting. The spine remains undamaged. Seller Inventory # GOR002068153