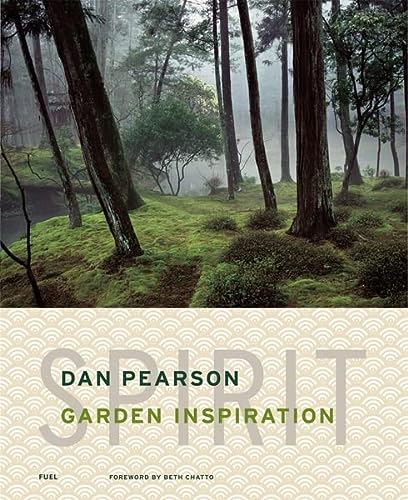 Dan Pearson's new book is a thoughtful meditation on the elements that combine to create spirit of place. His thesis is straightforward: that learning to look is a gardener's most important lesson. And that taking the time to simply stand and stare will allow inspiration and revelation to 'bubble up to the surface'. Pearson is well known as a garden designer and writer; the images in the book reveal that he is also an accomplished photographer. Woven within the book's text are reminders of the importance that creating and nurturing gardens and landscapes can have for people. The book underlines the truth that how we garden, and our relationship to gardens and landscape, are crucial elements in creating the particular spirit of a place. As much biographical as it is philosophical, this is a swatchbook of the memories, emotions, sounds and images that have guided Pearson's work. It's a model for the kind of record that we should all keep; an archive to help make us better gardeners. If you haven't got your own, you couldn't do better than use Dan Pearson's. --Gardens Illustrated, November 2009

I've been waiting for Dan Pearson's new book since I first heard about it several months ago. What a surprise!

Dan, just about every one's favorite garden designer for the moment, has written a highly collaborative new book that has almost nothing to say about garden design. At least not directly. It is a beautifully produced book ... not a flashy coffee table tome, but a piece of fine, understated craftsmanship. The medium is the message, so to speak.

The book is about the source of inspiration for gardens ... a very romantic notion ... in sense of place. It's a book of stories, tellings of visits to particular people in particular places, bits of autobiography with emotional background - a book about feeling, sensitivity to place, memories, things learned.

I had anticipated not a "how to" of garden design, but a book about Dan's gardens (and I'd still love to see that book). But this one is so much finer for its difference from the expected. Spirit is quite Japanese in its method. It points a direction, like a finger lifted in silence, then leaves it to the reader to make the connections.

It's also an enjoyable read, one for contemplative moments, quiet times, but, surprisingly, it moves the reader along quickly, from story to story (who doesn't like a book of short, image strewn stories?. --Federal Twist Blog, October 2009

Books written by garden designers can often turn out to be ersatz portfolios meant to promote the author's own projects for posterity's sake. English landscape designer Dan Pearson has written a new book that does quite the opposite.

Spirit: Garden Inspiration is a gentle ramble not through Mr. Pearson's many projects, but through his mind and life as a gardener and garden-maker. The unifying narrative thread can be hard to follow, mainly due to the sparse or sometimes nonexistent photo captions. But it is this impressionistic approach that makes this ethereal book stand apart from its more workaday how-to counterparts. "I think none of us spend enough time looking," Mr. Pearson said. "I wanted to encourage subtlety whether is was a garden, a time, a place, a sculpture or a piece of architecture."

Seen as a group, the photographs of gardens, art and landscapes, mainly taken by Mr. Pearson around the world over the past couple of decades, focus his creative eye into something that lies between the introverted style of a diary and the best, most idiosyncratic aspects of a blog given permanence between hard covers. -- New York Times, 12 November 2009 - Stephen Orr

Dan Pearson has long been one of the most deep-thinking and intense garden designers around, and his new book, an attempt to capture the fugitive moods of places, brilliantly conveys his attitude to art and nature.

There are substantial sections on gardens and landscape in Japan, Californian plants and (perhaps more surprising) paeans to English 18th-century landscape gardens including Painshill and Rousham.

A visit to the Pantheon in Rome proves unforgettable - "there was a hush save the hiss as a column of rain passing through the oculus high above hit the marble floor''.

Channelled through an independent, "arty'' publisher and featuring Pearson's photographs, the book has a hand-made feel, which is refreshingly against the grain of glossy mainstream garden publishing. -- The Daily Telegraph, Christmas Book List 2009

The garden designer Dan Pearson's Spirit is very quietly and calmly written but, goodness, it's compelling; for Pearson, his garden is "a sanctuary and think-tank" rather than balm. Spirit is a series of striking photographic essays of landscapes, buildings, gardens and sculptures, an "attempt to capture a series of moods". Sensitive, reflective, but not sentimental. There are photographs here (mostly his own, taken on a first visit) that will haunt you for years.
--The Times, Christmas Book List 2009

Fans of Dan Pearson's garden design will love this thoughtful and beautiful book - not just for examples of his own work, but for his personal quest, via his own photographs, for the elements that combine to create the elusive spirit of place. Famous favourites such as Ninfa, Painshill and Rousham are included, as well as Japanese rooftops and New York community gardens. But there are also fascinating sections on art (James Turrell, Anish Kapoor and Henry Moore) and wild landscapes from Yosemite to the Gower Peninsula. Far-ranging in scope, the text explores how the unique spirit of each informs Pearson's equally singular approach to design. --The Sunday Telegraph, 29 November 2009

Spirit: Garden Inspiration by Dan Pearson is picture-driven, being a narrated anthology of Pearson's own photographs capturing "spirit of place", some of them of gardens (Rousham, community gardens near Tower Bridge), some of the wild (New Zealand, Yosemite), some of the built environment (the Pantheon, the work of Isamu Noguchi). There's little about planting but lots and lots to think about here - how we experience and shape the world, how it shapes us. As a sourcebook, it's a treasure; as Beth Chatto says in her introduction, Pearson is a visionary.
--The Evening Standard, 3 December 2009

Dan Pearson is a friend too, but he is also the designer I most admire. His book, Spirit, about garden inspiration is a beautifully presented work by the small publisher (Fuel, £25). It is a source book of all the ideas that have influenced him and that he has drawn on for his own very varied work. Pearson is a thoughtful designer who really gets under the skin of a place, and it is eye-opening to see the huge range of what he has experienced and absorbed. He has never been a designer who imposes patterns on the landscape. Instead, he lets places speak through his work. He is extremely sensitive to mood and atmosphere. For anyone who wants to cultivate an awareness of what a place is about, this is a terrific way of learning how to take the time to look at and understand the essence of any natural, or man-made, object. Don't expect a book entirely about gardens. Although Rousham and the Alhambra and the Villa d'Este do feature, there are pages devoted to Anish Kapoor, Richard Serra, Le Corbusier and Henry Moore. There are wild places in the Gower peninsula and New Zealand and plenty of Japan, as well as small human surroundings -- houseboats, balconies and community projects.

I became fascinated by the idea that anyone could garden if they wanted to. It was a revelation to me that you didn't always need a garden to do so, and these orphaned sites or places in which you might not expect to find a garden were often the most life enhancing because of their context. This is a book that should appeal to non- gardeners as much as to plant-lovers. It is also a rarely beautiful object. --The Spectator, 2 December 2009