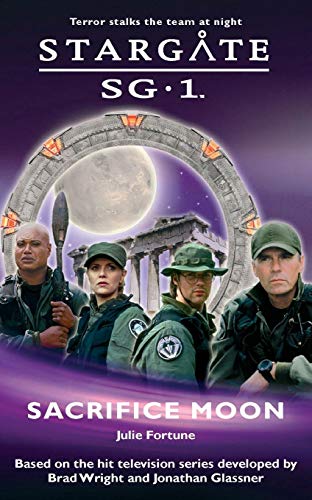 In the second book in the series of Stargate SG-1 books, the team embarks on their first-ever mission through the gate on a mission that will test their fledgling bonds of trust and friendship to the limit.

The Goddess Hunts...Just four days after Major Kawalsky's death, Colonel Jack O'Neill must lead the newly commissioned SG-1 team on their first mission through the Stargate. Their destination is Chalcis, a peaceful society at the heart of the Helos Confederacy of planets. But Chalcis harbors a dark secret, one that pitches SG-1 into a world of bloody chaos, betrayal and madness. Battling to escape their living nightmare, Dr Daniel Jackson and Captain Samantha Carter soon begin to realize that more than their lives are at stake. They are fighting for their souls. While O'Neill and Teal'c struggle to keep the team together, Daniel hatches a desperate plan that will test SG-1's tentative bonds of trust and friendship to the breaking point...The second book in the new series of books based on the hit TV series, Stargate SG-1.

Book Description PAPERBACK. Condition: New. Book Cover and ISBN may be different from US edition but contents as same US Edition. Excellent Quality,Quick delivery, We may ship the books from Asian regions for inventory purpose. Our courier service is not available at PO BOX. Seller Inventory # nt_9780954734312