Items related to Ivel Story, The 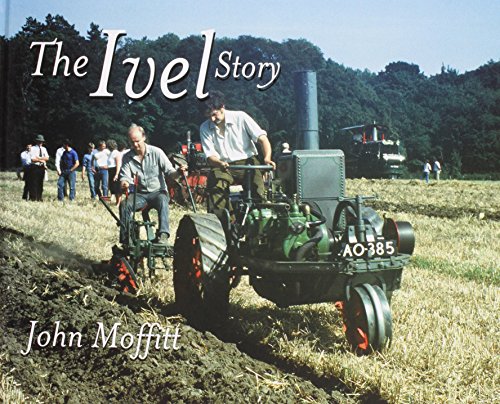 Dan Albone was the truly remarkable man who first brought the internal combustion tractor to the ordinary farmer. The Ivel Tractor was invented in 1903, a full decade ahead of Henry Ford's first tractor and almost three decades ahead of the first Ferguson. The little Ivel was able to be used to maximum effect on the farm due to its extraordinary versatilty, working not only in the field but also in the barn; threshing, milling, cutting and sawing. Japonica Press has published The Ivel Story to mark the 100th anniversary of the invention of the Ivel tractor. In this book, John Moffitt has delved deep into the fascinating history of Daniel Albone's brief but amazingly productive life. Whilst still in his teens Dan set up in business as a bicycle manufacturer, and began to design, invent, adapt and patent bicycles and cycling equipment. He went on to produce motor bicycles and an Ivel motor car, before turning his attention and considerable energy to the design of the tractor. In 1902, after five years of research, he took out a patent and astounded the world's press with his revolutionary ideas. The Ivel Tractor was produced in 1903, just three years before Dan's death at the age of 46. The book makes fascinating reading, covering as it does not only the story of the tractor itself, but also the life and times of the Albone family, and Dan's many other inventions along the way. It is lavishly illustrated with photographs and reproductions of old brochures, plans, press cuttings and other memorabilia. A number of charity events have been planned to celebrate the centenary of the Ivel Tractor, centred around the driving of John Moffitt's own Ivel from Biggleswade, where it was originally produced, to the Royal Show at Stoneleigh, where it was awarded a Silver Medal in 1903. The aim of these events is to raise [pound]100,000 for the Hospice Movement. The drive and other events will take place between Friday, 20th June and Thursday, 3rd July 2003. It is already generating considerable media interest, which will undoubtedly increase as the date approaches. - Hardbacked Book - Authoritative author - In integrated colour, highly illustrated - New original findings and photographs - Foreword by Lord Montague