Items related to Ghosts of the Isle of Wight III

Baldwin, Gay Ghosts of the Isle of Wight III

Ghosts of the Isle of Wight III 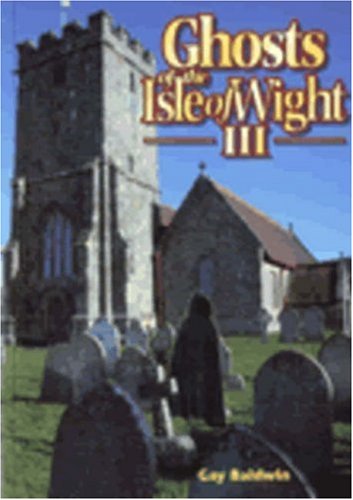 The number of reported hauntings and apparent ghostly happenings on the Isle of Wight continues to grow. As the author of two previous books on the subject, and an impartial observer of this pnenomena, Gay Baldwin has been inundated by new reports of unexplained occurrences. This book contains a completely new selection of ghost stories and hauntings from her files.
Prepare to be amazed as you journey around this Ghost Island to visit haunted houses, pubs, mills, factories, hotels and hospitals to meet the shades of lost souls. There are apparitions of jilted brides, undertakers, smugglers, soldiers and a gang of naughty ghost children. One ghost even stays locked for eternity in a cell at nororious Parkhurst Prison.

It gives me pleasure to recommend a book that has a treasured place in my library. -- Peter Underwood FRSA . President: The Ghost Club Society

Almost anyone can see a ghost. You certainly don't have to believe in them before they will appear. Some of the hundreds of Island people who have told me of their experiences are adamant that there is no such thing as a ghost.

‘I know they simply don't exist.....but I have just met one!’ exclaimed one very irate councillor.
Like their living, breathing, human counterparts, every ghost is different. Call them what you will, spirit, apparition, phantom or spectre, they do appear to exist in some dimension, although not necessarily our own.
Reports of supernatural happenings reach back to our earliest recorded history. Ghosts it would seem, have been around as long as we have. In more superstitious and devout ages, inexplicable happenings were recognized as works of the Devil. But in these more enlightened and permissive times people are adopting a more open-minded attitude. Many are becoming interested not only in ghosts and hauntings, but in other psychic phenomena such as near death and out-of-body experiences, extra-sensory perception, psychometry and the work of mediums and spiritual healers.
The number of hauntings and ghostly goings-on here on the Isle of Wight continues to amaze me. My two earlier books, Ghosts of the IW which was co- written with Ray Anker, and More Ghosts of the IW together look at almost 150 stories.
This third book contains completely new descriptions of ghostly happenings and experiences, with eye-witness accounts and exhaustive research. Some of the stories are amusing, others are puzzling, frightening or just downright bizarre.

1. Ghosts of the Isle of Wight III

2. Ghosts of the Isle of Wight III