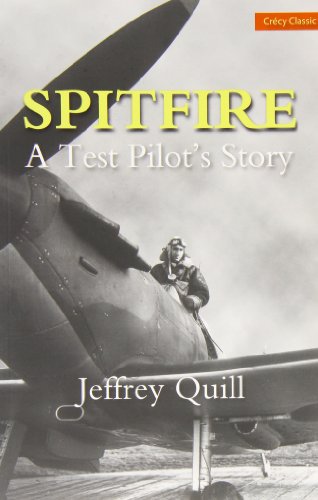 An exceptional test pilot, Jeffrey Quill took charge of some of the most important military aircraft of his time and, in particular, the immortal Spitfire from its experimental, prototype stage in 1936 to the end of its production in 1948. He used his first-hand experience of combat conditions fighting with 65 Squadron at the height of the Battle of Britain to help turn this elegant flying machine into a deadly fighter airplane.

Test pilot Jeffrey Quill took charge of some of the most important military aircraft in the 1930s, in particular, the immortal Spitfire. This new edition is published to celebrate the 60th anniversary of the Spitfire in March 1996.'