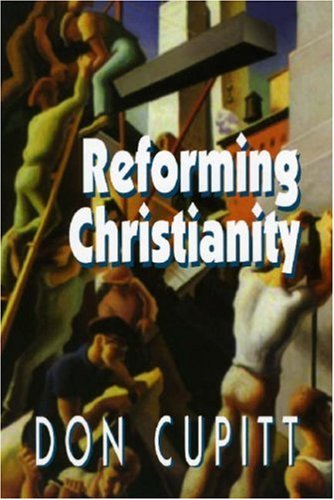 Christian churches are seemingly in terminal decline. Is a reformation and renewal of Christianity still possible, even at this late hour? Don Cupitt argues that it is possible, but will be difficult. Church Christianity as we have received it is handicapped by two great errors, a mistaken interpretation of Jesus as having been the co-equally divine Son of God incarnate and the mistaken belief that there is a controlling supernatural world beyond this world. To escape from these errors we need to go back and start again from the historical Jesus and his message about 'the Kingdom of God' on this earth. We need to create a modern version of his kingdom religion, a religion that is immediate, beliefless, and entirely focussed upon the here and now. Reconstructing Christianity in this way calls for a revolution in thought. At present, the churches don't even want to think about reform and renewal; but if they are ever to become serious, this is the path they'll have to take.

Don Cupitt is a Fellow of Emmanuel College, Cambridge. He is the founder of the Sea of Faith movement and author of more than thirty books including Taking Leave of God (1980) and After God (1997).